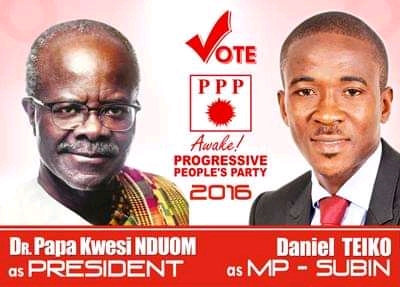 He said the ruling government had done far better than the NDC administration especially the  numerous social intervention like the frees Senior High School ( SHS), which gave children from poor  backgrounds the opportunity to access Secondary education.

Mr Teiko added that the fragile economy inherited from the opposition NDC was reversed and now Ghanaian were reaping the  benefits of good governance.

Moreover the good works of Mr. Eugene Boakye Antwi as Parliamentary candidate has inspired and encouraged him to join the party.