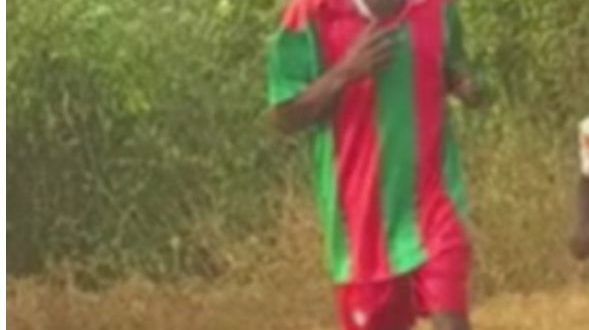 Kazuyoshi Miur is oldest professional footballer in the world

The Kwahu Fodua FC has said he avoids a lot of meals including Jollof to keep his body in the right shape for his footballing activities.

“I don’t eat anyhow, like jollof rice and the likes,” he said in a video posted by Angel FM’s Saddick Adams.

Papa Polo in the video talked about his journey in football.

“When I was in school, our teachers used to tell us that football can help us travel abroad. So I wanted to play football and travel abroad. I was progressing if not for the war I would have gone far,” he added

He also shared the story behind his name Poloo.

“I had the name at Concrete Stadium in Accra. My friends said I played like (Hearts of Oak and Black Stars legend) Mohammed Poloo so added Poloo to my name.”

Poloo plays for Kwahu Fodua FC, a third-tier side based in the Eastern region, Ghana. He is a midfielder with eye witness claiming he could play full throttle of a game without showing any signs of tiredness.

Football is his part-time job. He works as a pump attendant at a fuel station on the Kumasi-Accra Highway

Papa Poloo does not play in a professional league, however, he is the oldest active footballer in Ghana.

Watch Papa Poloo shows off his skills in the video below