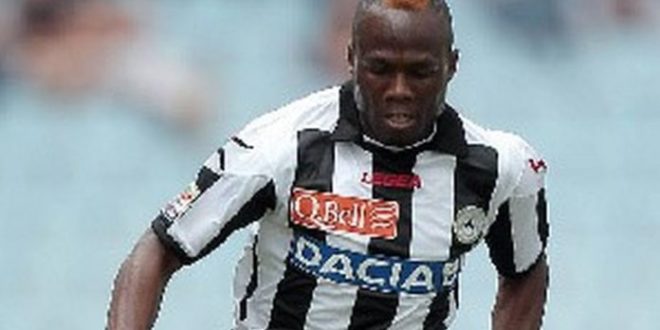 Ghana midfielder Emmanuel Agyemang Badu has waded in on one of the most hard-fought arguments in football about who is the best player between Cristiano Ronaldo and Lionel Messi.

Despite both players possessing different qualities, several argument has emerged as to who is the best player.

But Badu who plies his trade in Italy with Hellas Verona believes the Juventus star sits above Messi as he is a much more complete player.

“I have played with Ronaldo but I am yet to play against Messi but I will rate him (Ronaldo) over Messi,” he told Asempa FM.

The former Bursaspor enforcer recounted how Ronaldo reacted after losing to his side in Serie A last year.

“Hellas defeated Juventus 2-1 and Ronaldo was upset. He is always hungry for success.

“I tried speaking to him but I rescinded my decision because he wasn’t ready to talk to the media as well. For me, I will always rate Ronaldo over Messi,” he added.