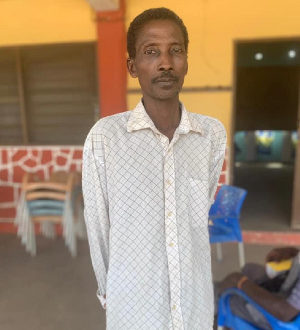 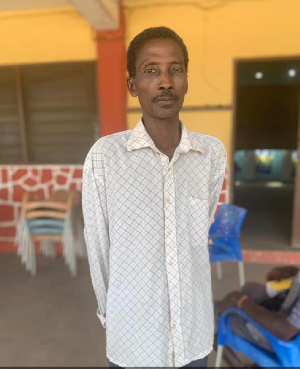 A 57-year-old cocoa farmer, Emmanuel Addae, from Twifu Heman Nsuaem in the Central Region has been sentenced to nine months imprisonment for stealing two bunches of plantain.

Mr. Addae said he harvested the plantain, which belonged to his friend because he was hungry.

But the mistake he said he did was his failure to ask his friend before harvesting the food item.

In an interview with crimecheckghana.org at the Ankaful Main Camp Prison in the Central Region, Mr. Addae said because he was unable to bear the starvation he and his family were experiencing, he intended to inform his playmate after harvesting the food crop.

Unfortunately, he said, his friend had traveled so when he went to his house, he met his brother.

According to him, his pal’s brother was not kind to him so he reported him to the police.

Mr. Addae said he was however surprised that his friend did not do anything about the situation when he returned.

“My friend would not have had any problem with me harvesting his plantain if he were around but I was disappointed when he told me to go with the help of God when they were going to imprison me,” he complained.

The father of five who could barely afford three square meals for his wife and children said he was arraigned before a court in Fosu where he pleaded guilty. The court he said fined him One Thousand Two Hundred Ghana cedis.

Unable to pay the fine, he said the presiding judge sentenced him to nine months imprisonment suggesting that it is his habit of stealing people’s food crops on their farms.

“When you want to use the toilet, you have to ask permission from the one in charge. The person could be a small boy dictating to you to use it or not. If the person is absent you do not have the right to use the toilet. You have to wait till he comes no matter how pressing your situation is. We are in the same room with the toilet pot and while you are using it, there are people around. It is normal because we sleep around the pot,” he explains.

Crime Check Foundation (CCF) paid a working visit to Mr. Addae at the prison as part of the implementation of its Petty Offenders project.

CCF paid the poor man’s fine after interacting with him about his crime. This was done with support from a Ghana-based donor, Simple Freddy.

Crime Check Foundation is helping to decongest the prisons across the country with the paying of fines for persons who have committed minor crimes like stealing plantain in the case of Mr. Addae. The Foundation has facilitated the release of thousands of such offenders and successfully re-integrated them into society.