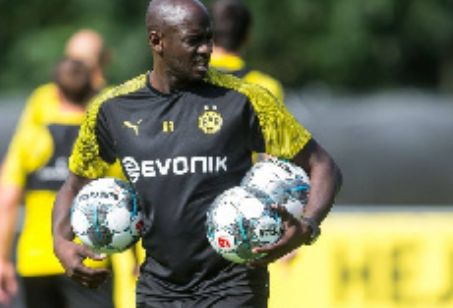 Reports went rife that Ghana can get Otto Addo free of charge without compensating Borussia Dortmund because his contract expires in two months but the coach has asked the public to disregard those reports.

He disclosed that he has three more years left on his long-term contract with German top-tier club Borussia Dortmund.

“You know I am somebody, I always try to believe… I have a contract with Borussia Dortmund and I think people also have to respect that. It would be the same if I had a contract with Ghana or any other country.”

“So let’s respect my contract here with Borussia Dortmund and when it expires in three years’ time, I will think about something like that [taking up new roles like Black Stars coach),” he told Empire FM in an interview.

Otto Addo has become the fans’ favourite for the Black Stars coaching role permanently after leading the team as an interim coach to qualify for the FIFA World Cup ahead of Nigeria.