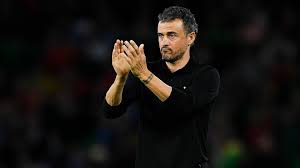 Luis Enrique returns as Spain’s manager on Tuesday, five months after giving up the post.

Luis Enrique was once named coach of the Spanish national team after the 2018 World Cup, replacing former club and country teammate Fernando Hierro. In June 2019, Luis Enrique quit his post for personal reasons. His long-term assistant Robert Moreno took over as head coach, therefore. And he was given a contract until after the European Championships.

The reason why Luis Enrique resigned from being the national coach of Spain was his daughter, Xana Enrique who was fighting against bone cancer. She passed away on August 29 at the age of 9, having suffered from bone cancer for the last 5 months.

Enrique charged of Spain’s UEFA Nations League campaign, where they failed to reach the semi-finals.