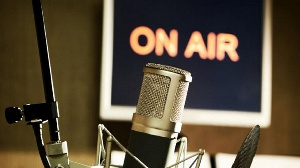 At least 293 media workers were jailed globally in 2021 for their work, with 24 journalists killed because of their coverage, a report by New York-based Committee to Protect Journalists (CPJ) has said.

The CPJ’s 2021 Prison Census found that the number of reporters jailed for their work hit a new global record of 293, up from a revised total of 280 in 2020.

“At least 24 journalists were killed because of their coverage so far this year; 18 others died in circumstances too murky to determine whether they were specific targets,” the report said.

For the sixth consecutive year, the CPJ has recorded at least 250 incarcerations.

The report said reasons for the rise in cases differ between countries, citing growing intolerance of independent reporting as a major factor.

“Emboldened autocrats are increasingly ignoring due process and flouting international norms to keep themselves in power,” it said.

The report said China remains “the world’s worst jailer of journalists” for the third year in a row, with 50 behind bars.

Myanmar came second with 26 jailed media workers after the crackdown that followed its February 1 military coup. Egypt (25), Vietnam (23), and Belarus (19), respectively, rounded out the top five.

In sub-Saharan Africa, the CPJ found that numerous journalists have been arrested in Ethiopia since the start of the civil war between the Federal Government Forces and the Tigray People’s Liberation Front (TPLF) a year ago.

“Nine reporters were still in custody on December 1. Six were arrested in November as the conflict escalated and the government imposed emergency laws,” it said.

The Report comes on the back of global concerns about the safety of journalists globally, following a continuous rise in murder of journalists in the line of duty.

Last month, two veteran Mexican reporters were attacked in their own homes in less than 24 hours, bringing this year’s death toll for media workers in that country alone to nine – already surpassing the eight deaths recorded in 2020.

In its 2020 Report, the International Federation of Journalists said 65 journalists and media staff were killed in work-related incidents across 16 countries.

The Reporters Without Borders also reported that 50 journalists and media workers were killed in connection with their work in 2020.

Reacting to the CPJ’s Report in an interview with the Ghana News Agency, Mr. Affail Monney, President, Ghana Journalists Association, said the Report reinforced the need for civil society and the public to add their voice to the threat facing journalists and support efforts to promote press freedom.

He urged journalists to stand firm, eschew fear and persist in their duty to hold duty bearers accountable in spite of the intimidations.

“Fear and quality journalism do not belong to the same sentence. Fear is a bad counsellor. When you are afraid, you will not be emboldened to chase and do stories which inure to the generality of society,” Mr. Monney said.