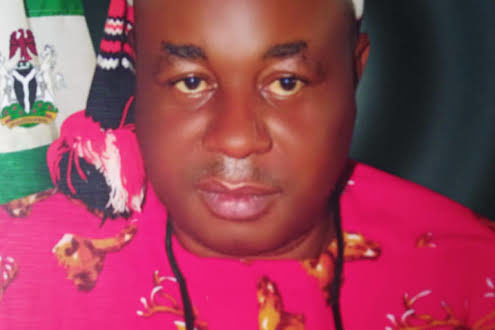 Share
A Peoples Democratic Party staunch chieftain from Abia state, Alhaji Suleiman Ukandu, has admonished Nigerians to prioritize national-building over ethnic and religion sentiments in politics.
He was baring his mind on the backdrops of the recent public outcries and controversies surrounding choice of former Borno state Governor, Senator Kashim Shettima as runningmate by the Presidential Candidate of the All Progressive Congress (APC), Bola Ahmed Tinubu for the forthcoming 2023 general election in Nigeria.
Alhaji Ukandu, who was the immediate past Commissioner of Lands and Survey in Abia state, in an interview with newsmen in Umuahia, the Abia state capital on Saturday,  maintained also that the current myriads of challenges bedeviling the country calls for the enthronment of responsive leadership at all levels of the state but regretted that the governing All Progressive Congress (APC) has done more harms on the geninue efforts of patriotic Nigerians to deepening the present democratic process, and towards enhancing economic and Infrastructural growths and development in the country.
The prominent Abia muslims leader, the maladministration by APC had vindicated the Peoples Democratic Party on the earlier alarm that APC assumed the leadership of the nation through conspiracy theory or tactics, and was never prepared to preside the governance of the nation.
He urged Nigerian electorates to look and rallyround political parties with fundamental principle of national integration, rather than heating up the polity with ethnic and religion sentiments in politics,  which he posited, does not augur well, and unhealthy to the current democracy in Nigeria federation.
According to the fomer Umuahia North Local Government Area council chairman, said, “what we are talking about now is not pure religion, we are talking about religious politics, and politics has its own dynamics.
“I am not a member of APC, and i will not know what informed them their decision of the presidential candidate of APC going after Muslim/Muslims ticket. But being a Nigerian, and what is happening in Nigeria after the civil war, where we  talked about issues of fundamental principles of National objective, that has to do with inclusiveness and proper national integration. And where all diverse opinions, diverse thinking, and diverse leanings, where ethnic or religion should be included to whatever being undergoing in an entity, called Nigeria”.
Ukandu further posited, “in that circumstances, I don’t know what APC has in mind, and how they view the issue of fundamental principle of national integration.  Maybe, they did the muslim/Muslim presidential ticket out of political expediency which i cannot phantom as a member of the Peoples Democratic Party.
“The APC Muslim/Muslim ticket might have been done out of political expediency and calculation, which they feel they can win their own elections. Maybe, that what informed that to them.
“But, i want to tell Nigerian people, APC is not the only political party in Nigeria, there are other parties that are in the country”he urged the electorates”.
He further added, “if you watch, PDP as a party, has taken recognizance of the fundamental principles of national integration and the state directive principles which they signed in the constitution, to balance all ports, especially in this multi-faceted entity, called Nigeria.
“So, instead of raising dust, and creating tension, people should vote for the party that they feel has met this tendency, towards proper national integration of all Nigerians”.
On assessment of the current condition of affairs in Nigeria under the All Progressives Congress, Alhaji Ukandu opined, “it keep on saying this same thing every day, each period of elections, every party in power will be described as total failure. During the 2015 elections, we were told that PDP as a party, have totally failed, and Nigerians buy into it. They voted or elected another party. And if you can recall when that party get into power, i told you, they are not going to achieve anything.
“Because, most of these things are being done in calculation in an anatomy of power, and most of them are basically incubated in conspiracy theories.   And all these things are all about matter of conspiracy theories. The problem we have in Nigeria today is not even who leads the Nigeria, because there is no time you will bring old wine skin and put in new wine, and it turns new, it will be contaminated.
“The questions Nigerians need to ask themselves is why government is not working in Nigeria. That would help us understand that Nigeria need to go back and begin to decipher. What are our fundamental problems? And i believe, our fundamental problems is the structure of this country. We need to structure Nigeria in a way  it can work. structural  institutions of governance have not being strengthened. No government can make headway except when you strengthen the structural institutions of governance.
Continuing, He added, “Look at what’s happening in Nigeria, if you are telling me that executive arm of government has totally failed, what happen to the legislature, what happens to judiciary. Because, we are praciticing America system of governance that is predicated on separation of powers. And in that separation of power, there is check and balance, where the executive plays role, legislature plays role and the judiciary plays role. And each of them, have one instrument to checkmate each other.
CLICK HERE TO DOWNLOAD PRESS RADIO MOBILE APP

“What we really need to do, we must  go back and think, and say,  what are these fundamental problems that has made  Nigeria an unworkable entity ?. If it is our inability to strengthen the structural institutions of governance, we look for a way to strengthen structural institutions of governance”.
Source:Thepressradio.com| Nigeria|
rather than encouraging religion sentiments Ukandu advises Nigerian electorates to prioritize nation-buliding 2022-08-21
admin
Share