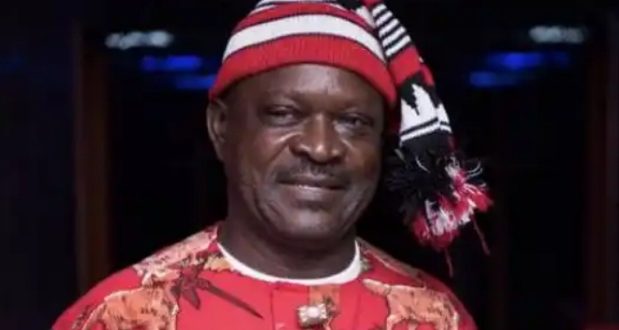 Share
Emeruwa Emeruwa
A chieftain of the Action Democratic Party (ADP) from Abia State, Chief Paul Meregini, has lamented the worsening dilapidation of Infrastructures in Abia state after the assumption of present democractic government in Nigeria.
Meregini who also doubled as the 2023 house of representaives candidate of the ADP for ikwuano/ umuahia federal constituency seat election in Abia State was speaking on the heels of his agenda for development of the area during a interactive session with newsmen on Friday.
He specifically expressed lamentation on the frequent incidences of road mishaps on the federal highway resulting to several loss of lives of road users, regular cases of tumbling by loaded trucks and devastating floodings, and however decried the alleged failure by successive representaives of the constituency seat in the national assembly to ensure the full execution of rehabilitation work on Umuahia-ikot ekpene road despite the monetary allocations by federal government under the Nigeria National Petroleum Corporation Project Fund.
Words: “i have toured  Ikwuano/umuahia area round, and i have seen th gullye plight of our people in a deplorable condition. I owe it as a duty to make sure i assist in my little way to make sure that government come to the aid of my constituency. Because my constituency is in deplorable state. There is no road, and gully erosions is swallowing buildings. Farmers in rural areas try their best to produce food for us, but there are no roads for them to bring out those foods crops because vehicles can’t move on these deplorable roads in our rural communities.
“I know too well that this Umuahia-Ikot Ekpene federal road has been in national budget for so many years. And what is holding it, is what no one can just say.
I know that it has been put under NNPC fund project.
“And the idea of making the road single lane, it doesn’t give me joy, because the road has to be dualized, so that it will lessen burdens and difficulties faced by commuters, private car-owners, commercial drivers and heavy duty truck drivers who plys on the bad federal road in daily basis. Because the dilapidated road is the gateway to Akwa ibom and Cross river states, including a neighboring country, Cameroon”.
Asked further to disclose ways he intent to ensure the complete repair of the busy umuahia-ikot ekpene federal highway if voted into the national assembly in 202, Chief Meregini who was equally the immediate past administrative Secretary of the All Progressives Congress in Abia state before his formal defection to ADP following lingering internal crisis ravaging the former party, assured to interface with relevant ministry and agency of the executive arm towards ensuring complete dualization andd repair was carried out on umuahia-ikot ekpene road in order to guarantee ease movement of  goods and services by commercial drivers and other road users within and outside the federal constituency.
“And by my virtue of being in national assembly, i will come up ideas and necessary legislations that will help to alleviate the sufferings of our people.we will create a pool of unemployed and come up with ideas that we can them engaged in one thing or the other to be very productive to the society.
CLICK HERE TO DOWNLOAD PRESS RADIO MOBILE APP

“It must not be white collar jobs. There are so many avenues we can explore through donor agencies from overseas. We will create an avenue where the unemployed can create wealths for themselves, not wait government pay salaries. And that is what i will try as much as possible to do as the legislator representing ikwuano/umuahia federal constituency”,the ADP national assembly hopeful concluded.
Abia ADP candidate NASS 2022-11-06
admin
Share