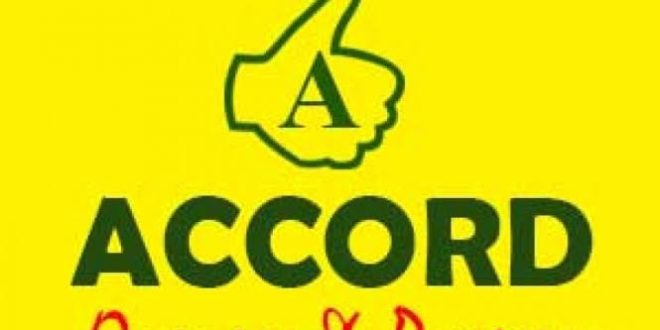 Share
Hundreds of members and supporters of the Peoples Democratic Party and the All Progressive Congress from Ukwa East and Ukwa West Local Government Areas of Abia State, have dumped parties for the Accord Party (AP), ahead of the general election in 2023.
They also pledged total support and loyalty to the leadership of the Accord Party in the state and assured the party leadership of their genuine committments to work collectively across the electoral wards of the seventeen local government areas in Abia state towards ensuring Accord Party form the next government in Abia state come 2023.
The defectors from the two local government areas were led into the fold of Accord Party fold in Abia state by Chief Chibuzor imo and Mrs Nwanyiom David respectively.
Speaking on the rationale behind their decisions while being received in Accord Party during an event held in Ukwa local area of Abia, on Friday, the leader of the PDP defectors, Chief Chibuzor Imo, hinged their move on the worsening condition of affairs in the state, and also, the complete lack of people-oriented policy by ruling Peoples Democratic Party in Abia state, towards enhancing economic growths and  Infrastructural development in parts of the state.
The lastest political developments was contained in a release issued to newsmen in umuahia, the state capital on Saturday afternoon.
According to him, “it is not hidden that ruling  PDP in Abia state has failed in all indices to improve the welfare of the populaces in the state. It’s undisputable facts that the citizens are facing hardship hunger, poverty, penury, and these are as result of lack of well-defined and development-oriented templates by PDP led administration in enhancing the poor standard of livings and affairs in Abia.
“We join Accord Party at this remarkable electioneering period, as the  only alternative that can foster and provide the needed dividends of democracy to every doorsteps of the Abia masses, and we are saying come 2023, we will work harder and collectively to effect a change in the number one political leadership sear of Abia, and join other like-minds to vote in an effective and responsive government for the general good of Abia people and the state”.
On her party, spokesman of the and party woman leader, Mrs Nwanyiom David, lamented on the height of insecurity and joblessness in the state and the country at large, assuring the state leadership of the Accord Party that all members and women within and outside Ukwa east and Ukwa west local government areas in Abia will fight for freedom, and as well as emergence of the AP gubernatorial candidate, Amb. Bishop Emeka  Nwankpa as Abia governor in the 2023 general election in the state, and many other states in the Nigeria federation.
CLICK HERE TO DOWNLOAD PRESS RADIO MOBILE APP

According to her, “the PDP in the state, and APC controlling at the national level, and the entire nation, have disappointed the populaces. You can bear me witness that there no durable roads, functional diognaosis health delivery centres, civil servants and pensioners are not being paid and cleared backlogs of salaries owed to them in Abia, and numerous of  leadership failures by the PDP in Abia state”.
Source: Thepressradio.com|Nigeria|Chijindu Emeruwa
APC members joins Accord Party in Abia PDP 2022-07-30
admin
Share