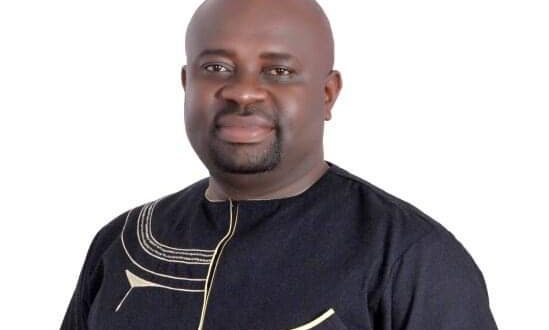 Share
A party chieftain and the House of Assembly candidate of the All Progressives Congress (APC) for Umunneochi federal constituency seat in the Abia State House of Assembly, Engr Ejike Chukwu, has blamed successive  administrations controlled by the ruling Peoples Democratic Party for the past twenty years on the worsening dilapidation and downfall in Infrastructure and economy of the state.
He regretted that Abia is bedeviled by decadence of road Infrastructure, increased rate of unemployment, and complete power outage which has subjected the rural and urban areas across many parts of the state in total darkness, insisting that the ruling PDP government in the state has failed in all indices of governance to justify the mandates entrusted to her by the Abia electorates since Nigeria’s assumption of the present democractic rule till date.
Engr. Chukwu who was baring his mind in a statement on Monday in Umuahia,  on the background of his recent assessment on the level of economic and Infrastructural development in Abia state since assumption of present democractic rule in Nigeria.
The APC candidate harped on the important need for the elected public or political office holders in the state and the country to place interests of the people above selfish  personal aggrandisements, and work towards enhancing the general welfare of the populaces in the state and the country.
“We blame the Government for everything we suffer today; bad roads, electricity, unemployment, etc.
“Who are the Government and who gave them power. What’s power meant for if not to develop our land,”he queried.
Continuing, Mr Chukwu maintained, “we all want a better life but never occurred to many we are the change wr seek. Let’s forget about party difference, temporary gains, and look beyond party lined for the sake of our generation”.
“As engineer, we are taught to present is the key to past. Our choices yesterday brought us this point. Change can only come by not making the same old choice.
“The difference between successful and unsuccessful people is nothing but the choices they make daily which is the glreatest power and gift to mankind.
“As christian we are taught about the power to choose life or death. Let’s all be a blessing to our generation by choosing wisely,” the party chieftain advised.
Chukwu further used the medium to solicitelectorates in Abia state to rally round and vote for him in the coming general elections in 2023, assuring that he possesed the requisite capacity, ability and needed competence to rebuild umunneochi state constituency and make it out dream land.
CLICK HERE TO DOWNLOAD PRESS RADIO MOBILE APP

Words: “Get your PVC, vote your conscience, support and sensitize people around you. Together we can rebuild umunneochi and make it our dream land. A good seed will always produce good fruit”.
Source: Thepressradio.com |Nigeria| Emeruwa Emeruwa
Abia APC chieftain Ejike Chukwu PDP 2022-11-08
admin
Share