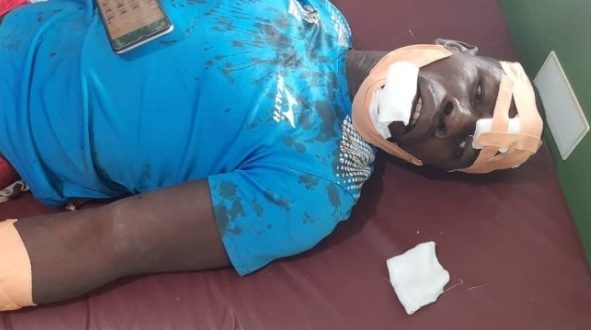 11 injured in accident on Yeji road

Share
An accident at No.1, a suburb of Yeji in the Bono East Region, has left 11 passengers injured.

The Sanyong mini-bus, heading to Kumasi, was involved in the accident barely 30 minutes after setting off from the Yeji station, witnesses told Adom News.

Some passengers indicated that the driver, who was on top speed, attempted to dodge a pothole, but ended up ramming into a bridge.

One of the passengers, who gave his name as Stephen Manu, said the car somersaulted twice before screeching to a halt.

Some 11 of the over 20 passengers sustained various degrees of injuries and have been transported to the Mathias Catholic Hospital.

Three other victims have been treated and discharged.

The driver, who sustained injuries in his neck, is said to be traumatised and has since not spoken a word.

No death has, however, been recorded.