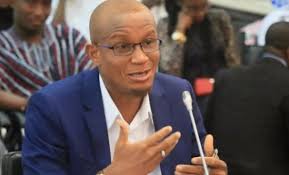 The Minister for Zongo and Inner City Development, Dr. Mustapha Hamid observed the worrying trend over the rising killings of Zongo youth and their continuous involvement vigilantism in the country which he said is not auguring well for the image of Zongo Communities, MyNewsGh.com reports.

Many Zongo youth have lost their lives through criminal activities and others dying through their involvement in political vigilantism which is a source of worry to various stakeholders.

Just recently, one Wasiu was shot dead at the National Democratic Congress (NDC) Ashanti Regional Office in a clash between two rival groups; a case the Ashanti Regional Police Command is still investigating to unravel the gunman.

Minister for Zongo and Inner City Development, Dr. Mustapha Hamid while addressing leaders in Zongo communities of Asokore Mampong in Asawase on Thursday, could not hide his frustration of heightened acts of   vigilantism and killings of Zongo youth which is on the rise in the country.

According to the Minister, vigilantism and killing of Zongo youth following their involvement in various criminal activities have become a major challenge affecting his Ministry.

“When Police arrest 7 armed robbers anywhere in Ghana, at least you can guarantee 4 or 5 will be Muslim youth. Muslim youth killing themselves while others are dying through vigilantism is unfortunate. Muslim youth should not allow themselves to be used as vigilantism. Vigilantism, streetism and killing of Zongo youth affecting development in our Zongo Communities” he said.

The however charged leaders in Muslims communities to team up and find proper solutions to the issue.