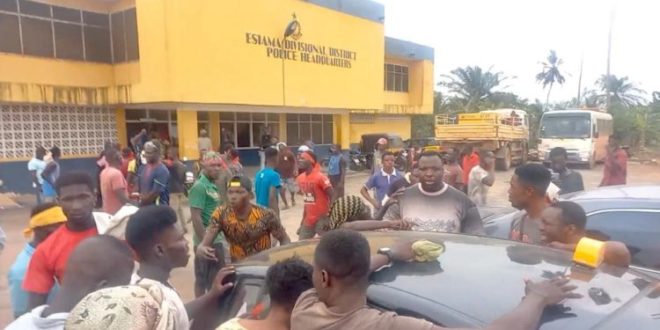 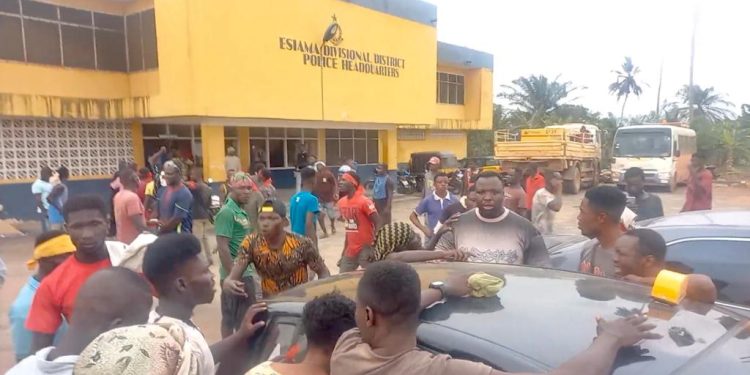 33-year-old Andrews Donkor is believed to have been killed by security personnel at Nkroful during an attempt to disperse an agitated crowd who massed up in front of the Nkroful District Court after some 28 illegal small scale miners (galamseyer) were brought to the court.

According to an eyewitness, Solomon Eduku Ackah, the illegal miners were arrested on the concession of Adamus Resources Limited this dawn and the youth of Teleku Bokazo rushed to the court premises to witness the case after the police brought them to court. 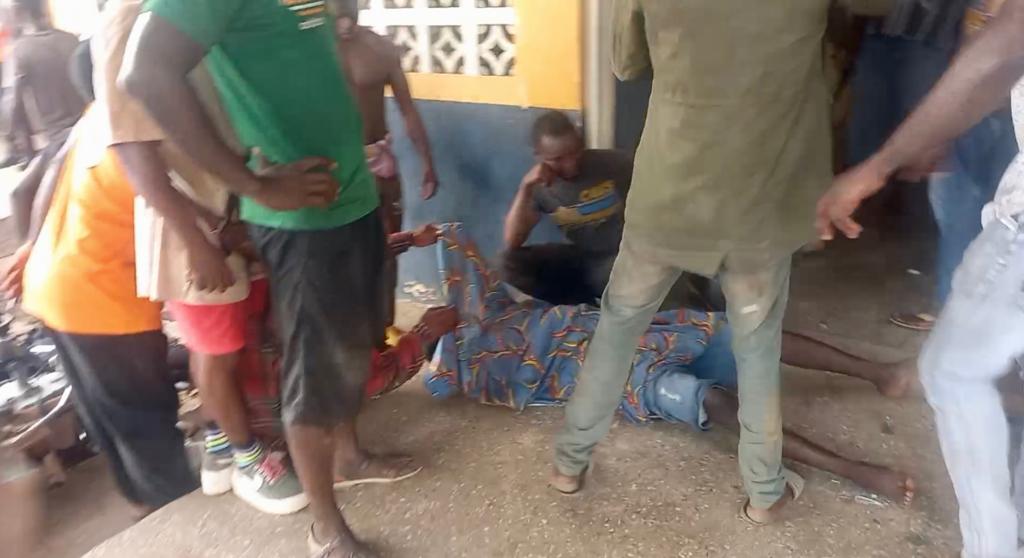 He alleged that the bullet which hit the victim, who later died at the Ekwe Hospital, came from security personnel who wanted to disperse the crowd from the court premises leading to the youth currently besieging the Essiama police station.

“About 30 of the galamseyers who visited Adamus pit to mine were arrested by military persons who were sent on operations by the company. These guys were sent to Nkroful Police Station and instantly processed for court at Nkroful Magistrate Court. When the news of the arrest broke to the community, the youth of Teleku Bokazo rushed to the court premises to witness the case,” he said. 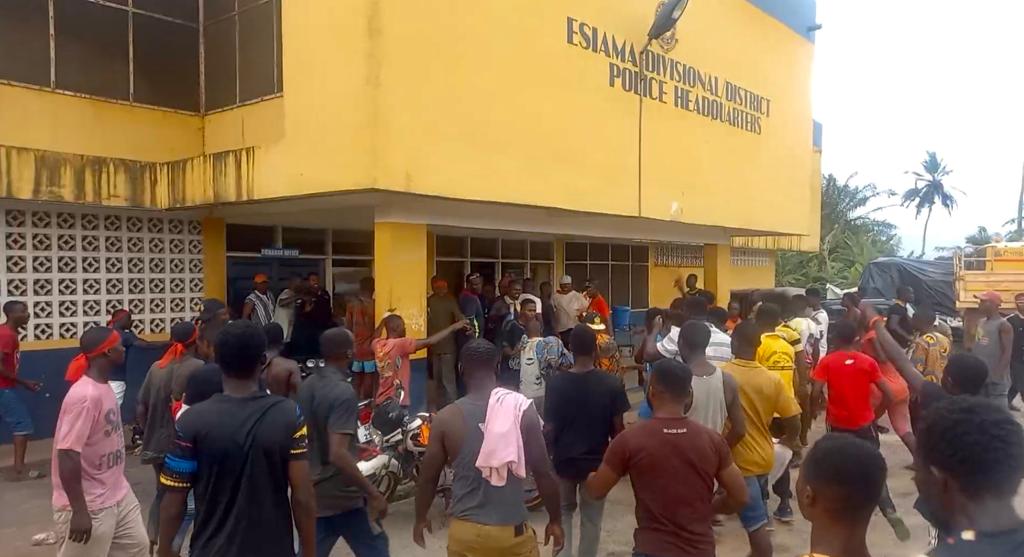 “While they were sitting outside, the military men began shooting at them and the bullet, unfortunately, killed one of them by name Andrews Donkor who was sitting somewhere witnessing the event. The bullet entered his heart and he lost his life while they were taking him to the Ekwe hospital,“ he added.

Residents of Anwia-Bokazo in the Ellembelle District of the Western Region are yet to recover from the shock of the brutal assault and subsequent death of a 27-year-old man, allegedly assaulted and burnt by security personnel of Adamus Resources.

In December 2021, the deceased, Michael Derry, was captured on a mining concession belonging to Adamus Resources and was allegedly molested before being set ablaze.

He passed on at the Korle Bu Teaching Hospital on Sunday after he was referred there due to the severity of his wounds.