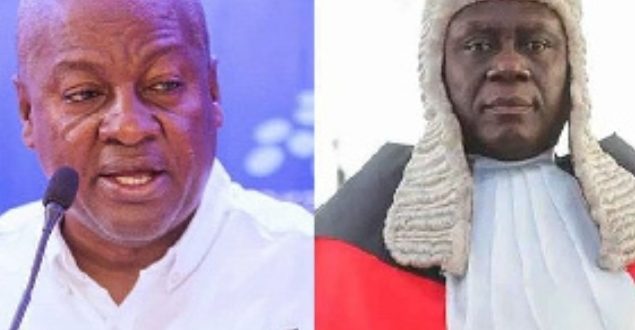 Share
Former President John Mahama has urged judges to discharge their duties without fear or favour irrespective of who appointed them to the bench.

According to him, judges have the security of tenure under the Constitution hence they must feel protected when discharging their duties.

“We do have problems with the judiciary, I must say. I think that it is necessary for some internal reforms to take place there. It is necessary for the Chief Justice or whoever is responsible to make some reforms.

“Most of the governance institutions have been politicized. I give the example of the judiciary. It is only in Ghana that a Supreme Court will make a decision that a birth certificate is not proof of citizenship,” Mr. Mahama disclosed in his interaction with the United States Chapter of the National Democratic Congress (NDC) at the Bentley University on Sunday, March 27, 2022.

He continued “There are many such funny judgments that have been given. I remember at one time, our colleague Professor Raymond Atuguba said that from research he had done, judges turn to give their judgments in favour of the political party or leader that appointed them.

“He was subjected to such a whirlwind of indignation by the judiciary but if you bring it down to what is happening today, and you look at it and see who appointed who, you will find that there was some truth in the research.”

The former President further explained that “The thing is, our constitution gives the security of tenure to judges. Once you have been appointed you cannot be removed. That is why we give security of tenure so that you will have the courage no matter who appointed you to give judgment according to your conscience. That is what our judges should do. They must rise up to the occasion.”