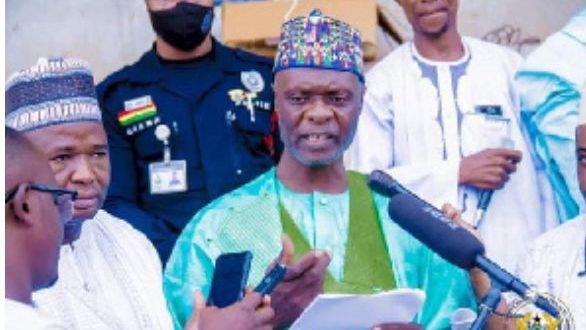 Share
Menu The King of Dagbon Ndan Ya-Naa Abukari II has chided the Northern Regional Minister Alhaji Sayibu Saani for failing to act on his directive to stop the Tamale Dakpema from performing chiefly roles.

He said the Regional Security Committee’s (REGSEC) reluctance in ensuring the two talking drums are seized and brought to the Gbewaa Palace, gives the impression the Minister was a party to the Tamale Dakpema’s “insubordination”.

The overlord of Dagbon in a letter dated February 20 2022 with reference DTC/TD/7/22/02, clarified that Tamale Dakpema Bawa Fuseini was not a chief within the traditional system of Dagbon but a Fetish Priest and should therefore be addressed as such.

The Dagbon ruler in the letter barred the Dakpema from using two talking drums at his palace.

Ndan Ya-Naa Abukari II, therefore, ordered the Northern Regional Security Council to as a matter of urgency seize the Talking Drums of the Tamale Dakpema Palace and hand it over to him.

This he said will avert any further violent confrontation in the Tamale Metropolis.

It was to discuss among other things, ways to find a solution to the impasse between the Tamale Dakpema and some Paramount Chiefs around the Tamale Metropolis.

GhanaWeb’s sources at the meeting said the Ya Naa also questioned why the Tamale Metropolitan Security Committee (METSEC) had written to seek clarification on the status of the Gulkpegu Naa and Dakpema and yet when the clarification was given, the METSEC failed to work with it.

Ya Naa Abukari II asked the REGSEC and Metsec to be proactive in their response to early warning signals of potentially violent confrontations.

Responding to the latest development, the spokesperson for the Dakpema family, Alhassan Basharu Dabali told GhanaWeb that it was disheartening that the Gbewaa Palace has not condemned the attack on the Dakpema Palace.

“There are two issues that have been missing in the Gbewaa Palace’s response to the attack on the Dakpema Palace. One, condemning the act and then requesting the police to look for the perpetrators of the act is another issues.

As the Overlord of Dagbon, he should have condemned that act, it is an armed attack, it is a criminal attack and then ask the police to look for the perpetrators of the attack and deal with them.

Even REGSEC has not condemned that attack, they haven’t asked the police to look for the perpetrators. It is a bad precedent”

He said as the Overlord of Dagbon, the Ya Naa should be interested in every life in the kingdom.

“All citizens in Dagbon are under the control of the Ya Naa and as the Overlord, the Ya Naa should be interested in every life in the kingdom. So if they’re silent about this issue, are they telling the whole world that they asked the attackers to attack the palace?” he quizzed.

“As for the Talking Drums, when the family meets, we’ll make a decision on that” he noted. 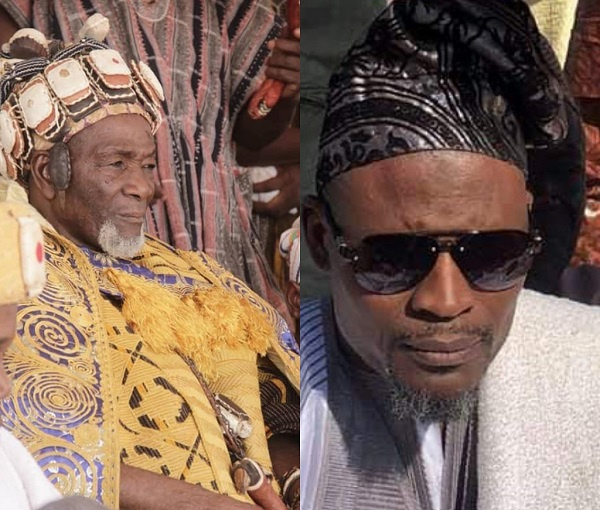 There has been a misunderstanding between the Dakpema and the four Paramount Chiefs of the Greater Tamale Metropolis over who has traditional authority over the area.

The matter was taken to the Ya Naa who ruled in favour of the chiefs and ordered the Dakpema to stop portraying himself as the chief of Tamale, ordering him to stop playing the talking drums which signifies that he is the chief.

The four chiefs- the Gulkpe Naa, Lamashe Naa, Banvim Lana and Sagnari Naa, acting on the orders of the Ya Naa later gave the Regional Security Council a three-day ultimatum which elapsed on Wednesday, 2nd March 2020, to seize the Dakpema Palace’s talking drums.

The REGSEC was unable to implement the directive.

On Monday 7th March, the Tamale Dakpema Palace came under heavy gun assault by unknown gunmen, leading to the Dakpema and four others sustaining gunshot wounds.

Preliminary police investigations revealed that 15 masked gunmen were behind the attack.

The Dakpema Palace has since called on its supporters to remain calm and allow the police to conduct investigations into the matter.

Previous Two-year-old boy needs GH₵ 8,000 to undergo tumour surgery
Next The village of ‘no’ hope; Osumbo residents get help