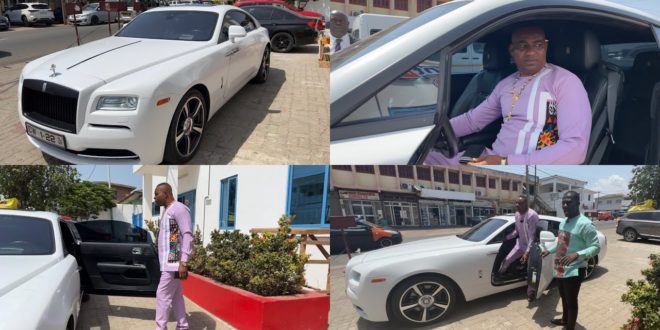 This was after the European club was forcefully taken away from its owner Roman Abramovich by the UK government when Russia attacked Ukraine.

To show his seriousness to buy Chelsea, Chairman Wontumi put up a tempting bid but it was not enough to make it into the top ten bids received from interested parties.

Moving on from that ambitious venture, Bernard Antwi Boasiako has decided to take his money elsewhere.

The mining magnate has splashed GHS2.5 million to buy the luxurious Rolls Royce Wraith with 2022 customisation as well.

Check out the car in the video below: