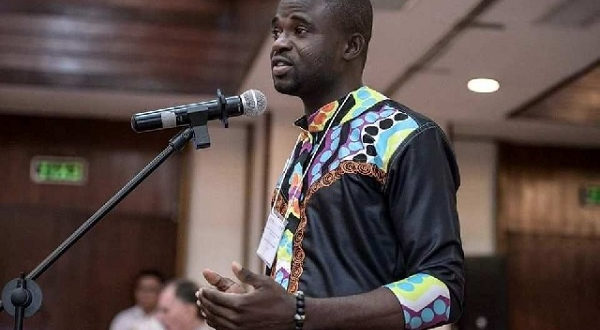 Will Mahama and NDC get Justice If they “go to Court”? – Manasseh asks

Freelance Investigative Journalist Manasseh Azure Awuni has expressed worry over the fact that the conversation on social media points to the fact that if the NDC goes to court, they will not get justice even if they have a strong case.

To him, this conversation is dangerous for Ghana Democracy because the law courts and the Justice systems are supposed to be the last resort for people t seek justice in country.

Therefore if the justice systems cannot be trusted, then the country is in a dark place because most people will be forced to resort to taking the laws into their own hands.

Below Is His Write Up

In the wake of the disputed elections that have been made murkier by the error-ridden results from the Electoral Commission, the chorus that is being sung to the opposition NDC is, “Go to court if you think you have a case.”

It is a good call to make, but on social media and in personal conversations, the overwhelming opinion is that the NDC has no chance in getting justice in court no matter the strength of their case.This is worrying and dangerous for our democracy and for the safety and security of our nation. The main reason someone will heed the advice not to “take the law into their own hands” is when that person knows that they can get justice if they leave the law in the hands of the police, judiciary and other adjudicatory state institutions. But is that case?

If a typical Ghanaian holds a cup to a water dispenser that isn’t empty, he or she is assured of water. But is the average Ghanaian assured that true justice will be dispensed in the courts, especially if they’re up against the rich or politically connected?A number of reasons account for the falling confidence in the judiciary, but the judiciary itself has not helped its image in the way it has handled some issues in the past.Despite its shortcomings, the judiciary is one institution I treat with the same reverence I give to the only traffic light in Burma Camp.

I was, therefore, scandalized when a sitting member of Parliament sat on TV and insulted a judge with words I cannot repeat here. As usual, the reaction on social media was, “Apuu! Wait and see if the judiciary will treat it the same way they would have treated such an attack on its judges by an ordinary or opposition member of the public.”In 2016, the court swiftly jailed the Montie 3 who scandalized the court. In the 2013 election petition hearing process, Justice William Atuguba showed those who had scandalized the courts their real sizes before jailing some for contempt.In this case, the uncompromising judge who was handling the MP’s contempt case and showed signs of “dealing with him” was removed from the case because he was said to be hostile.

And since then, the pace of that case is now slower than that of a badly wounded snail. It was adjourned and we don’t know when trial will resume. And the general public is watching the delay with keen interest.Our judiciary is our last hope. If a politician or powerful private individual knows that they cannot break the law and have their way in court, they’ll think twice before acting. A person or group of persons who are aggrieved will hardly take the law into their own hands if they know they’ll get justice in court.

It is in everybody’s interest to have not only an independent judiciary, but also a judiciary that has integrity, one that is consistent with the principles justice irrespective of who is involved. Our judiciary should not only be doing this, but it should be seen by the public to be doing it.No matter our statuses and current positions, we humans —including judges—are more vulnerable than we may think. If you’re in a position of strength today, you or your relative may be in a position of weakness tomorrow. We should fight for systems that we can trust both in our real or perceived invincibility and in our lowest state of vulnerability.In the disputed 2012 election, the opposition NPP cried foul after the judgment and the incumbent NDC rejoiced.

Why do the NDC think they will not get justice from the same court? Does the change in political positions and judicial composition affect the course of justice?We should get to a point that if a party loses a case in court, public opinion will not sway towards the theory that they lost because of who they were up against and not on the merit of their case.

God bless our Homeland Ghana.And make our judiciary great and strong.Bold to defend forever.The cause of freedom and of right!