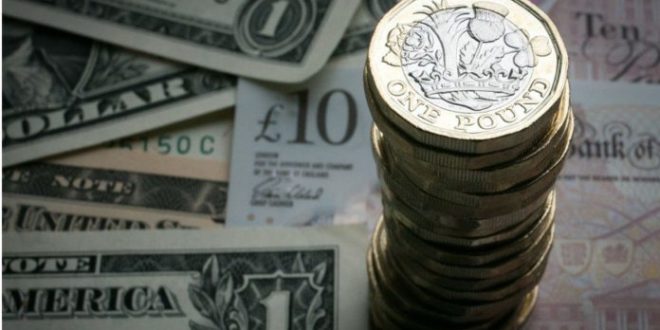 Why Pound fallen to a two year low against dollar

The pound has fallen to a two-year low against the dollar reflecting traders’ increasing concerns about recession around the world as energy prices continue to soar.

But sterling is also weak because markets are worried about future UK economic growth, analysts said.

Sterling could fall even further after predictions of economic stagnation and as inflation rises, they added.

“The market is so much more concerned with growth, and what is this government going to do… the news in itself didn’t create too many additional woes,” she said.

On Tuesday the pound fell below $1.19 for the first time since March 2020, when the first UK Covid lockdown was brought in.

A weak pound means that imports such as food become more expensive, and it pushes up the price of petrol at the pumps. It also means that UK holidaymakers get less for their money when buying abroad.

However, UK products and services that are sold abroad can become more attractively priced for foreign customers.

The pound to dollar rate was flat on Wednesday, while markets rose in London and Europe, with some analysts saying they were resetting to a lower level.

The FTSE 100 stock market in London, which fell nearly 3% on Tuesday, rose by about 1% in morning trading on Wednesday.

Russ Mould, investment director at AJ Bell, said markets could have regained some ground on investor hope that a planned corporation tax rise in 2023 could be scrapped.

It could also be that stocks were “oversold” on Tuesday, he added.

The dollar is performing strongly due to US interest rate rises and because investors see it as a safe bet.

“Now many people are worried about recession – recession in the US, recession in Europe, and of course we’ve got our cost of living crisis here in the UK,” Ms Foley said.

“Sterling is still weak on its own, and that is despite the fact that the Bank of England have hiked interest rates five times this cycle already, and the reason for that is that the market is very concerned about the growth outlook here in the UK,” she said.

Sterling could fall even further, she said. One of the issues concerning investors is the shortage of UK labour, which hasn’t gone back to pre-pandemic levels “because we’ve lost a lot of workers”, she said.

Many people left the labour market during the pandemic, and due to a combination of Covid and Brexit, foreign workers who had left did not return.

George Godber, a fund manager with Polar Capital, said gas prices were set to rise even further later in the year: “Our companies are struggling with this deteriorating economic outlook. How do businesses and consumers plan for rising gas prices, and the squeeze in energy [prices] that we’re seeing in the December contract for gas?”

On Tuesday the BBC reported that UK household energy bills are heading to £3,000 per year this winter.

The recent fall in sterling also came about because of the UK government “aggravating the Northern Ireland protocol”, Mr Godber said.

Investors have been worried that the escalating dispute over the post-Brexit trading arrangements for Northern Ireland risks seeing the government scrapping parts of that deal, which could trigger a trade war.

“International investors don’t like that, and it puts a lot of pressure on the pound, and that in turn feeds through to the economy,” he said. “The petrol prices are high because sterling has been weak.”

Changes in prices at the pump for petrol are mainly down to the price of crude oil, and how the pound is performing against the dollar, because crude oil is traded in dollars.

Chancellor Nadhim Zahawi, who was appointed to the role on Tuesday, said Prime Minister Boris Johnson’s focus was on “delivering”.

“How do we rebuild the economy as we have now come out of the global pandemic, and of course how do we make sure the economy is resilient with the energy price shock because of [Russian President] Putin’s illegal invasion of Ukraine?”

“How do we deal with inflation as well as bearing down on taxes?” Mr Zahawi said.

In terms of cutting taxes, “nothing is off the table,” he said. “Companies make investment decisions over the long term. One of the taxes they can compare globally is corporation tax, and I want to take a very careful look at all the measures that I can bring to bear, to bear down on inflation but also return to that dynamic economy that delivers growth.”

Sir Jon Cunliffe, a deputy governor of the Bank of England, told the Today programme that the Bank would do “whatever is necessary” to make sure the soaring cost of living did not become a long term problem.

He said the Bank was predicting the UK economy would not grow over the next year or so, and he repeated Bank warnings to businesses about allowing wages to “spiral” to help people cope with rising prices.

“It’s our job to make sure that as this inflationary shock passes through the economy, at a time when we also have a tight labour market, we don’t find that the combination of a strong shock from abroad in energy prices combines with domestic factors, and leaves us with inflation being the new normal,” he said.

“People can have confidence that we will act to make that doesn’t happen.” 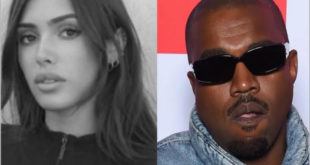