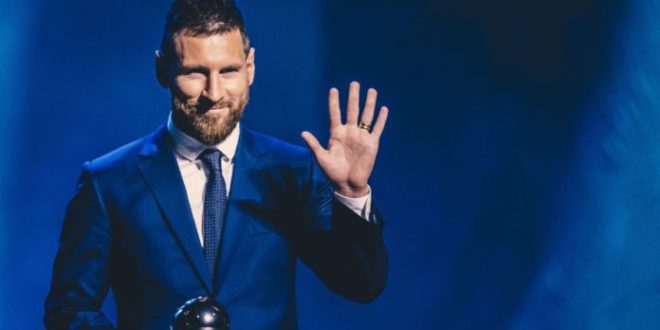 According to the Spanish radio station Cadena Ser, the Barcelona captain has broken off contract talks after finally running out of patience with the club because of the constant rumours and allegations that he is one of the prime reasons for unrest around the Nou Camp.

Messi is disillusioned with any number of things emanating from his life at Barcelona at the moment. He is fed up of being accused of running the club, fed up of people saying he hires and fires the coaches, fed up of claims he chooses who should be signed and who should play and fed up with the general direction of the club and the huge mistakes they have made in the transfer market.

Enough is enough and now he has, according to the radio station’s programme El Larguero, told the club he will be leaving at the end of next season.

What is behind this? How likely is it to happen? The whole story needs context.

Claims have been made against Messi that he wanted the club to sign France forward Antoine Griezmann from Atletico Madrid but now no longer wants him there. Untrue.

On a personal level, Griezmann has joined Messi and Luis Suarez, along with their wives, for dinner and their relationship is good, even though Griezmann has yet to find his niche in the side. In any case, there is a conscious effort by both Messi and Suarez to help him adapt.

On the managerial front he has been accused of having got former manager Tata Martino sacked and current manager Quique Setien hired because he liked his style of football. Not true.

As the best paid and number one player at the club, rumours such as these come with the territory and it is indeed true that when any major decisions concerning the playing aspects of the club have to be taken then the star names are always consulted. Of course, they are, it is not something specific to Barcelona, and to do otherwise would be negligent.

But clearly there are problems to which finding solutions will be difficult. In particular president Josep Maria Bartomeu has made promises he has failed to keep. “We’ll try to get Neymar back,” he announced, knowing full well he had already agreed to the signing of Griezmann. “We’ll sack Ernesto Valverde in order to bring in Xavi,” he said, but eventually both the club and the legendary midfielder decided they could not work together at that point.

Since his last renewal, Messi has had a clause in his contract which permits him to leave at the end of the season. Even though he is happy in his familiar surroundings on a personal level – possibly as he has never been before – it keeps the board on its toes.

He wants the team to compete, especially in Europe. And if he brings doubts about his future, it will force everyone to find a solution – namely, being clever in the market and bringing in good players.

Negotiations for a contract renewal had been going well. But performances on the pitch have left the Argentine unhappy and the trust in Setien has been diminishing quickly from a big percentage of the squad.

It all came to the fore after Saturday’s 2-2 draw at Celta Vigo, which made the target of winning the league even harder. Big words were exchanged between Setien and some of the biggest names in the team. The manager, disappointed because he couldn’t do many of the things he hoped to do when he first arrived, took a gamble. He told the players that things could not continue like that and that if there was no change, they could easily get rid of him.

It is not described as a resignation announcement, but a way to look for a response.

The response came. Conversations took place between the captains and Setien, and also with Bartomeu, and bridges started being built again. Gerard Pique, one of the captains and a man who always has a nose for good timing, put a tweet out asking for unity among the club and its fans.

But against that backdrop of lack of confidence in the board, at a time when the manager could be replaced, when players have to be signed when a new contract has to be negotiated, Messi has flexed his muscles and everybody has heard his doubts, even though it has come via a radio station.

There have of course been previous crossroads moments in the past when Messi has come close to leaving the club.

In his early days when he was battling with Spanish bureaucracy and not yet an automatic starter at Barcelona, Inter Milan came close to signing him when they indicated they were in no way fazed by his 150m euros buyout clause and were prepared to triple his salary. The wise words of the then president, Joan Laporta, swung things. Messi, who never really wanted to go, stayed.

The much-publicised tax evasion trials took an enormous toll on both him and his family and also left him close to wanting to leave not just Barcelona, but also Spain. But once everything had been sorted out and he returned to training, he decided to stay, although at that time he could have had the pick of any club in the world, not least Manchester City where Pep Guardiola was about to take over.

And now has come a third crisis and with it a severe shot across the bows of a dithering board, accompanied by a clear message.

After three draws, and despite starting the second phase of the league campaign in the right frame of mind, it soon became abundantly clear that, just as he had suspected earlier on in the campaign, this Barcelona side was not good enough to win the Champions League.

Barcelona has been unable as yet to finalise a deal for the Argentine striker Lautaro Martinez, despite the fact he is precisely the type of player they need if they are to continue to compete at the top level. At the club they are optimistic that they can get him.

Football will dictate if a new manager is needed and that might mean forgetting old foes and trying to approach Xavi again. Victor Font, a candidate to be club president in the upcoming elections in 2021, has made no secret of the fact the first thing he would do if elected is installed Xavi as coach, whoever happens to be in charge at the time. Xavi would almost certainly prefer to take the job with him at the helm, but football being football, never say never.

While the return of Xavi might see a welcome renewal of the Barcelona style for the team, we will have to see if the old captain will address the deep problems that run in the side, mostly the consequence of a very successful team and the generation that is seeing its last days.

Meanwhile, Messi will watch it all with a vested interest.