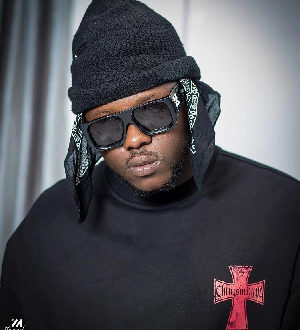 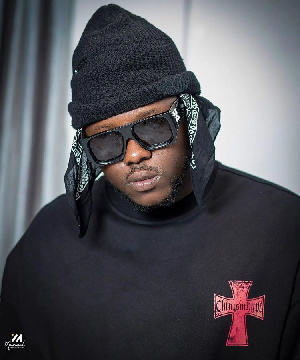 Ghanaian rapper, Medikal, has been cautioned against his relationship with Shatta Wale.

The AMG rapper has been asked to pick a cue from the manner in which Shatta has, without hesitation, spewed secrets and leveled wild allegations against his former manager, Bullgod.

Following Shatta’s fallout with Bullgod, the former has leveled all sorts of allegations against the latter, some of which have resulted in police cases.

In what started as a social media banter between them, things took a drastic turn when Shatta Wale began spilling some information Bullgod perhaps shared with him in confidentiality.

It can be recalled that in a similar instance, Shatta stormed social media with a barrage of wild allegations against his former best friend, Burna Boy.

Ghanaian artiste, Pope Skinny, an SM militant, Deportee, and Michy, the mother of Shatta’s son, went through similar ordeals with the dancehall musician.

However, upon analyzing this particular trend by Shatta anytime after he falls out with his friends, Medikal who appears to have established a new stronger bond with the dancehall artiste, has been urged to advise himself.

Shatta and Medikal’s friendship intensified during the time of their arrest.

They both returned from prison with the “Deeper than Blood” (DTB) thug-line, which compelled them to draw tattoos of each other on various parts their bodies to prove the intensity of their bond.

Recounting all these developments, netizens have issued messages of caution to Medikal on Twitter.

Some of them wrote:

“I wish I can Advice Medikal to be very critical with Shatta Wale. I am scared tbh.”

“Shatta wale no be that good friend wey fi keep secret. When you get beef plus him then he will revel the secret you trusted him to keep. I fear give medikal”

Read more of the posts below: 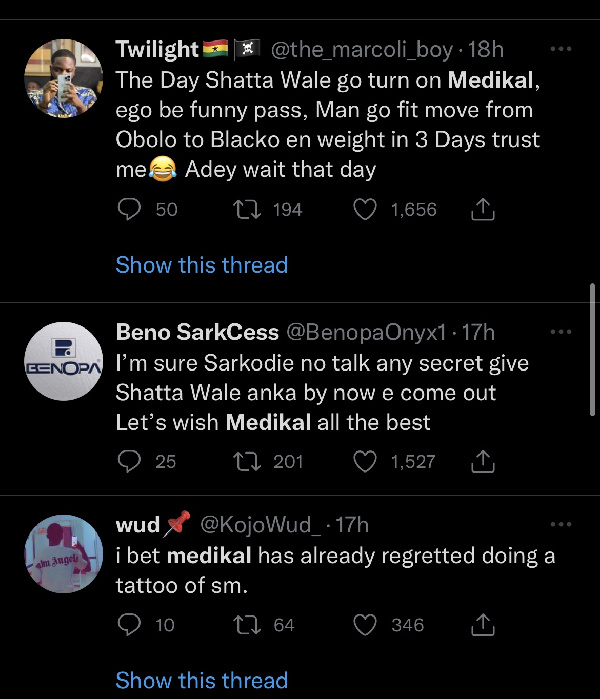