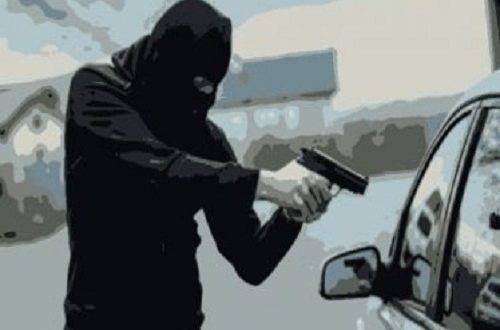 It has emerged that the District Chief Executive (DCE) of Amansie South, William Asante Bediako, paid a ransom of GH¢ 5,000 to armed robbers who threatened to assassinate him.

This was disclosed by Mr Akwasi Abu, party chairman of the New Patriotic Party in the Amansie West constituency on Adom FM’s Dwaso Nsem morning show on Tuesday.

Mr Abu asserted that despite the ransom paid, threats to have the DCE killed continued and has been the case for the past four years.

According to him, the matter, has on several occasions, been reported to high ranking officials in the Ghana Police Service but those behind the threats are yet to be apprehended.

Reports indicate that on Monday evening around 6:pm, a vehicle belonging to the District Assembly and being used to educate persons in the area about the coronavirus pandemic was shot at by a group of armed robbers.

Driver of the vehicle, identified only as Mr Osei, was shot and killed in the process. Along with the driver in the vehicle was the district’s health director and two military personnel who survived.

It is believed that, Mr Bediako, DCE for the area, who was unable to join them for the Covid-19 public education in the area, was the target of the armed robbers.