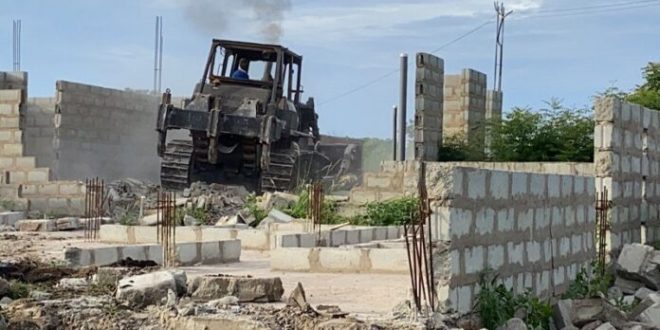 CSIR lands taken over by encroachers

A victim of the demolition exercise carried out by the Greater Accra Regional Security Council at Adenta Frafraha has described it as unfair.

The REGSEC led by the Greater Accra Regional Minister, Henry Quartey on Wednesday, June 22, 2022, demolished some illegal structures at Frafraha in Accra.

The exercise formed part of efforts by the ministry to reclaim some encroached acres of fenced land belonging to the State under the care of the Council for Scientific and Industrial Research (CSIR).

But speaking to Kwame Nkrumah Tikese of Okay FM on Thursday, a victim of the exercise, Agya Yaw questioned the legal authority behind the exercise, which he described as unfair to the victims.

According to Agya Yaw, he and other victims are bent on seeking legal redress on the matter which has cost them several properties.

“We are taking this to the doorstep of whoever ordered the demolition and whoever assisted in the demolition. Even if the land belongs to the State, we had our documents. If the documents are fake or someone illegally sold the land to us there was a need for us to have a discussion. There should be a human face.

“Even the 48-hour was not up. The ultimatum was issued on Tuesday and by Wednesday dawn they had brought the machines. How were people going to evacuate within that time? And then you had the military coming in to treat citizens as if they were at war with unarmed and harmless citizens,” the victim narrated.

Henry Quartey also confirmed that parts of the land totalling 1,300 acres have been taken over by people and some other parts sold out.

“Out of the over 1,300 acres of CSIR land, over 900 acres have been encroached on, with the remaining 200 being sold out by unknown persons.

“….I admonished the REGSEC team to demolish everything to ground zero, i.e. all existing and new spring-up buildings within the 200 acres of the fenced land should be demolished”, Mr. Quartey added.

The Minister further indicated that occupants of the sold lands have been directed to seek assistance from the Lands Commission to ensure their properties are registered.

“I have urged occupants of the over 900 acres of land to get assistance from the Lands Commission to assist them to get executive instruments, to be able to register their properties in their names since none of them has documents or permits after over 20 years of building,” he said. 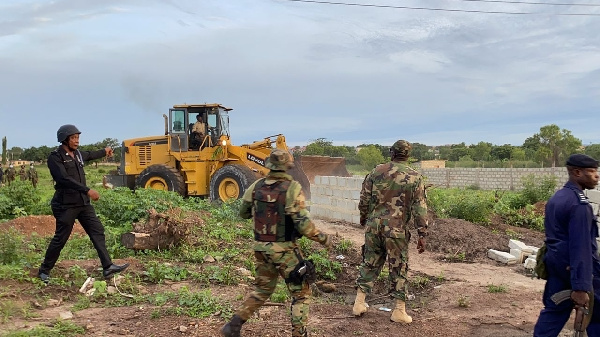 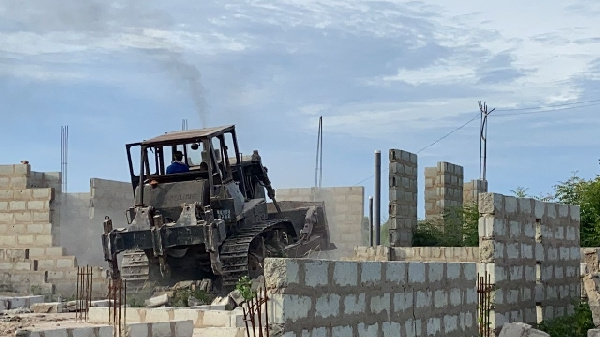