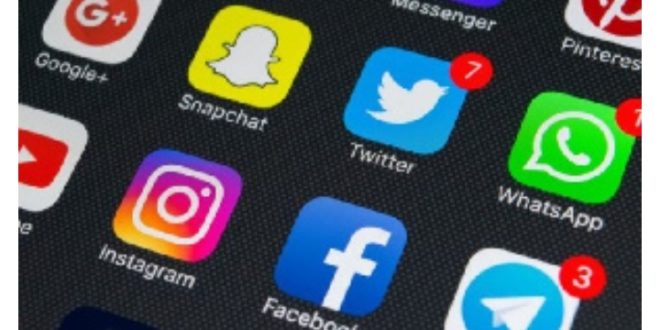 Share
The weekend has been quite eventful: from the sports world all through to entertainment, as Ghanaians continue to lament over the toughening economy.

GhanaWeb brings you all-round trends and some gists on social media as the new working week starts.

The much-touted match-making show is in the trends after a number of comments from some participants on the TV3 show were made.

Tweeps have been reacting to the various comments that caught their attention.

You happen to dress yourself s3n? Nanka who should do it for you? ???? #daterush pic.twitter.com/Ne7uTfHPCc

“I wanted a multiple choice to decide…” you be WAEC? Mtcheeewww

Barcelona football player, Aubameyang, stole the hearts of football fans in the past weekend’s El Classico.

The ex-Arsenal star scored twice and in assisted another during Barcelona’s 4-0 thrashing of Real Madrid, getting tweeps singing his praises.

This man @Auba is making Gabon and Africa proud pic.twitter.com/XjzWCnuSQY

Obuasi is currently in the trends after the bus transporting local football team players of AshantiGold was attacked at Assin Endwa by armed robbers.

The team was on its way to Obuasi following their 2-1 defeat to Accra Hearts of Oak in Accra. Every person on board is confirmed safe.

@AshantiGoldSC_ team was attacked on their return to Obuasi after their defeat to Hearts of Oak.

Thankfully, there was no injury despite multiple shots due to bulletproof glass. pic.twitter.com/NHHMyQUagh

Ashantigold team attacked by robbers on their way to Obuasi after their GPL game against Hearts of Oak last night.

KoemanDutch professional football manager, Ronald Koeman, who was most recently the manager of La Liga club, Barcelona, is in the trends after the El Classico game between Barcelona and Real Madrid.

Football fans have said that he made people lose hope in Barcelona due to his poor management skills.

Sunday, March 20, 2022’s game rekindled the hope and belief fans had in the team.

Fuck Koeman for making us believe that Barca is dead. This IS Barcelona???????????? pic.twitter.com/BU0SbUk1Na

Koeman nearly made us think Busquet was finished. ???????????? pic.twitter.com/a7CblnNlFb

Koeman really wasted this Barcelona side. Shouldn’t have started the season. pic.twitter.com/FlDyHENvGj

The Ghanaian jargon ‘eii,’ which is usually used to express shock or exclaim surprise at something, also makes it to the trends as Ghanaians express surprise at some happenings in the country.

Eiii what Ghana are we building under Nana Addo and Dampare? So donating food has also become a crime pic.twitter.com/tukTcKah4s

Eiii so the transport unions are also considering increasing fares by another 15% within a month? #TV3NewDay