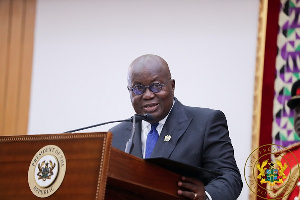 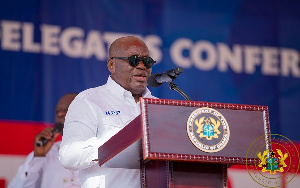 Speaking at the opening of a four-day Reparations and Racial Healing Summit in Accra on Monday, President Akufo-Addo said the time for Africans who suffered from the 300-year-long Trans-Atlantic Slave Trade to receive compensation is long overdue.

President Akufo-Addo, while making his case, bemoaned the fact that other groups, including slave owners and native Americans, received some form of reparations while Africans have been left out.

“Native Americans have received and continue to receive reparations; Japanese-American families, who were incarcerated in internment camps in America during World War II, received reparations. Jewish people, six million of whom perished in the concentration camps of Hitlerite Germany, received reparations, including homeland grants and support.

“So, it is time for Africa, twenty million of whose sons and daughters had their freedoms curtailed and sold into slavery, also to receive reparations,” President Akufo-Addo underscored.

“And, even before these discussions on reparations conclude, the entire continent of Africa deserves a formal apology from the European nations involved in the slave trade for the crimes and damage it has caused to the population, psyche, image and character of the African the world over,” he stated.

He further called on Africans in the diaspora to join and support the course, stating, “The discourse on reparations cannot succeed without emphasis on racial healing. We need to heal from the wrongs of the past in order to capitalise on the opportunities that await us in the future.”

Following the President’s address, social media has been buzzing with various reactions.

While some tweeps have underscored the importance of the President’s demand, others have been sceptical in their reactions.

Some have pointed out that the President may be asking for the payment due to the current economic hardship.

However, that tangent has been parried by other tweeps who believe the request for reparations by the President remains a legitimate request.

Other tweeps have been expressing concerns about the eventual use of such reparations if paid to Africa. Some have suggested that such funds should be invested in infrastructure and creating opportunities for African citizens.

See some reactions to the president’s statement below: