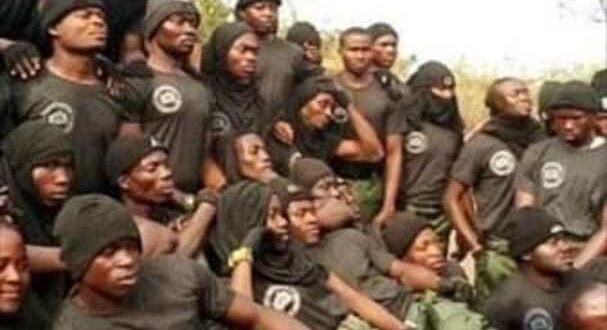 Some of the ‘rebels’ arrested in connection with the agenda to push for a so-called Western Togoland in the Volta Region are making astonishing claims that they got involved in the melee because of the Electoral Commission (EC) and the fact that there is ongoing discrimination against the Ewe ethnic grouping.

The purported reason for their action appears similar to that of the opposition National Democratic Congress (NDC), whose flagbearer former President John Dramani Mahama and running mate former Education Minister Prof. Jane Naana Opoku-Agyemang, both of whom suspended their campaigns recently, when they claimed without any proof that the EC was deliberately removing names of NDC members from the voters’ register ahead of the December general election.

Less than a week after rioting, attacking police stations and blocking vehicular movements on busy highways close to Juapong on the Accra-Ho highway as well as the Accra-Aflao highway, thereby triggering heightened security in the Volta Region, they burnt down two State Transport Corporation (STC) mini buses in Ho last Tuesday dawn, as part of their so-called effort to ‘secede’ from Ghana.

The Volta Regional Minister, Dr. Archibald Yao Letsa, has revealed that the recent violent attacks by those purporting to push a so-called Western Togoland agenda were ‘diversionary’ tactics deployed in order to hit their intended bigger targets.

In an interview on a radio station (Kuul FM) in Ho on Thursday, the minister revealed that but for the vigilance of the security agencies, there would have been more devastating attacks by the group whose activities, the government has declared, should be treated as criminal and not political.

So far, three groups, namely the Homeland Study Group Foundation (HSGF), the Western Togoland Restoration Front (WTRF) and the Western Togoland Assembly (WTA), are claiming to have adopted different strategies but are purporting to fight for a common goal and the security agencies have accused them of causing the carnage in the Volta Region.

When the suspects appeared at the Circuit Court 3 presided over by Susan Eduful in Accra last Friday, they created the impression that it was because the EC ‘removed’ their names from the register and that there was discrimination against Ewes and that was why they got involved in the rioting.

They claimed they were demonstrating for the world to know that they were being ‘marginalized’ in the Volta Region by the government, a similar claim the NDC members have been ‘pushing’ against the New Patriotic Party (NPP) government as the general election draws closer.

A suspect even said in court that it was a ‘NEC’ decision to engage in rioting to show the world they are being marginalized but could not say if the NEC was the same as the National Executive Council (NEC) of the NDC.

Since the violence, the security agencies have been arresting and processing suspects to court and last Friday, two batches of four and 13 made up of a chief and a reverend minister respectively appeared in different circuit courts in Accra, and they were taken into the custody of the BNI.

Some of the 13 accused persons that appeared before the Circuit Court 3 were the ones that made the claim that the EC had deliberately removed their names from the register without giving any proof and that Ewes were being marginalized.

Per the charge sheet, the suspects were the ones that caused the mayhem at Juapong in the North Tongu Constituency on September 25.

Prosecutor Chief Inspector Simon Apiorsornu asked the court for an adjournment to enable the police to investigate the matter thoroughly.

Immediately their plea was taken, the chief among them, Nene Kwaku Agblorm II, known in private life as Joshua Kwaku Agblorm who is the Principal Elder of Dorsi Clan, Osuwem, said he was pleading ‘guilty with explanation’ and when he was asked to give the explanation, he told the judge that he accepts that the government does not allow any group which is not registered to operate.

He said “it is true that NEC met and said we must block the road to create awareness to the world that there is discrimination going on against Ewes and the removal of our names from the voters register.”

The judge, after hearing his explanation, entered a plea of not guilty for the accused person before remanding him.

Selasi Gbadago and Benjamin Gbadagbo were represented by their counsel Thomas Gblorvu but the rest did not have any legal representation.

Per the facts of the case, the chief is an Executive Member of the Western Togolans Restoration Front, the group the security agencies suspect caused the violent action, and is also Chairman of the West Salt Province of the front.

According to the prosecution, prior to the 25th September attacks at Juapong, the chief and other senior members of the prohibited organization yet to be arrested, held meetings and he “took minutes of line of action planned and incited the other accused persons who took to the streets, blocked the Juapong-Accra main road amid burning of lorry tyres and firing of guns.”

Previous Video: Meet the richest 1-year-old-girl entrepreneur
Next [VIDEO]: “I will beat you if you harass me after snatching your boyfriend” – Lady warns