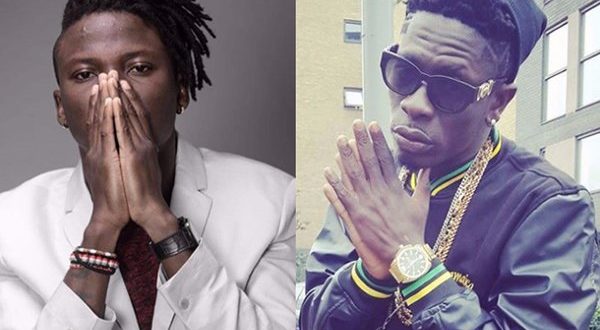 We Must Cripple Shatta Wale And Stonebwoy Before Doom Hits Us!

They clearly look to a destination marked torturous, and that, if these nonsensical acts of theirs are not stemmed, would come to fruition.

They see themselves as warlords in the dancehall space, and would do whatever it takes to establish supremacy over one another, and that’s where the danger lies.

Musically, they are superb, but who says they were even inches closer to Biggie and 2Pac? They are not in that class for them to be polluting the entertainment scene with their acts of impunity.

Feuds in the entertainment world are seen everywhere, but the one brewing between these two guys have gone beyond the norm.

There are moves to pour water on this burning furnace and that is heartwarming, but the success or otherwise of this planned intervention depends largely on the two artistes.

Shatta Wale, without doubt, is the causal agent of all that have been happening and must be tamed.

Stonebwoy, hitherto, was not paying much attention to his counterpart until the incident at the VGMA.

I would not rule out the possibility of this dastardly incident being staged by the two just to get Ghana talking about them.

They’ve taken the wind out of the sails of the other artistes who were honored on the night.

These warlords must be crippled before they globalize their acts of impunity and drawing all of us downhill in terms of reputation.