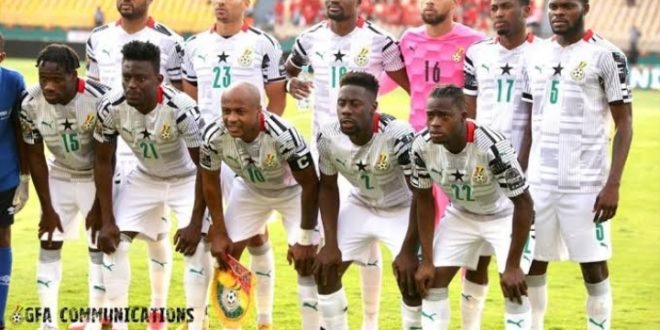 NSA assure of readiness of pitch for Ghana-Nigeria game

FIFA’s approval of the Baba Yara Sports Stadium to host Ghana’s World Cup qualifier against Nigeria has brought smiles on the faces of many Ghanaians who had little hope prior to this announcement.

The Black Stars following the announcement will now host the first leg of the tie at the Baba Yara Sports Stadium after FIFA and CAF rejected the Cape Coast Sports Stadium.

Ghanaians before the approval of the Kumasi stadium as the venue for the game against Nigeria had little hopes in the Black Stars due to their performance in the 2021 AFCON.

The confidence booster is because the Baba Yara Sports Stadium has been a fortress foe the Black Stars especially in the FIFA World Cup qualifiers.

Ghana’s last FIFA World Cup playoff game at the Baba Yara Sports Stadium was against the Pharaohs of Egypt in the 2014 World Cup qualifiers and the Black Stars won the game convincingly.

Ghana thrashed Egypt 6-1 in front of the Kumasi crowd in the first leg and Ghanaians would love a similar victory against the West African neighbours Nigeria.

Captain Asamoah Gyan grabbed a brace opened the scoring before an own goal by Wael Goma made it three for Ghana. Goals from Majeed Waris, Sulley Muntari, and substitute Christian Atsu made light-work of an Egyptian goal by Mohammed Aboutreika from a penalty.

Watch highlights of Ghana’s game against Egypt at the Baba Yara Sports Stadium in the post stadium below: