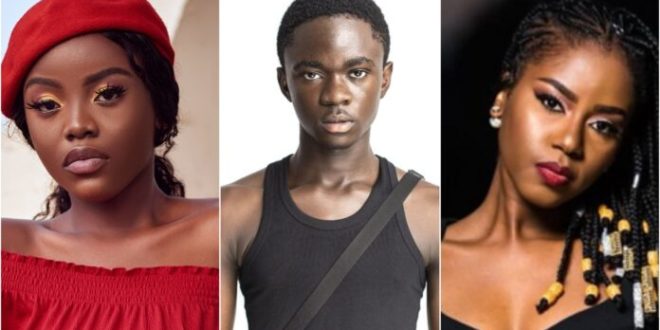 March was a busy month for Ghanaian music  and it looks like things have finally kicked off in full swing for the year.

With several international collaborations, full-length projects, and more, March was filled to the brim and overflowing with good music.

Here are the top ten Ghanaian songs that dropped during the month as curated by starrfm.com.gh.

Check them out below:

Currently sitting at close to three million views on YouTube, this is the biggest hip-hop song of the season.

The lines continue to fall in place for emerging singer Gyakie, who delivered the official remix to her chart-topping single “Forever”.

The song has over one million views in less than a week and 3M views on the original version on YouTube.

‘You Alone’ is the fourth single off MzVee’s recently-released highly-acclaimed ‘InVEEncible Album’.

MzVee as an ambassador for Trace TV’s new initiative which is the ‘YouTrace’ YouTube channel, premiered the video exclusively on the channel for viewers across the world to enjoy.

In one of the hardest records to drop so far this year, rapper M.anifest teamed up with American rapper of Ghanaian descent Vic Mensa and emerging vocalist Moily. Together they deliver the rap joint of rap joints, with M Dot and Vic trading lyrically charged verses, and Moily gluing the mix together with her silky but striking vocals.

Rapper Medikal is another Ghanaian act who dropped a project this month, a 5-track EP titled Amazing Grace.

The Lynx Entertainment superstar blessed the afrobeats single with the “Kuami effect,” resulting in a vibrant bop that is likely to be a chart-topper in the days to come.