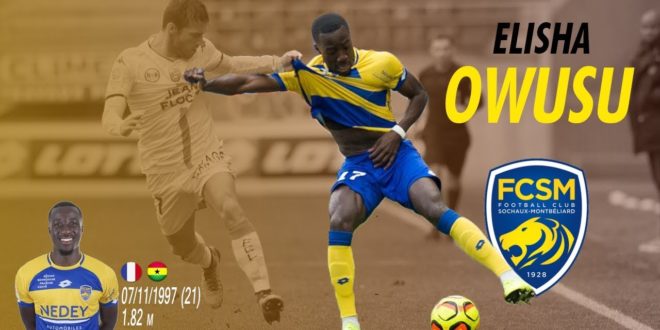 Gent midfielder, Elisha Owusu, has received his debut Black Stars call-up as he joins the squad for the upcoming FIFA World Cup qualifier against Nigeria.

The former FC Sochaux man has played 28 matches in all competitions so far for the Belgian top-flight side.

The 24-year-old is versatile. He started his career as a defensive midfielder but his abilities on the ball has seen in the play in the central midfield role, operating a bit in the attacking areas.

He is press resistant, strong, and has good feet, which makes him good with the ball and also reads the game well.

Elisha may get some minutes in under his belt in Ghana’s game against Nigeria to exhibit his skills and what he can offer the team.

But until head coach, Otto Addo, hands him his moment, watch his highlights in the video below.

Also, watch the new episode of the GhanaWeb Sports Debate with Joel Eshun in the post below: