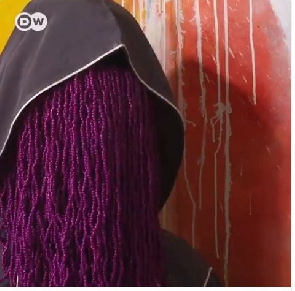 The Assin Central Legislator, Kennedy Ohene Agyapong, has given more details of where ace Investigative Journalist, Anas Ameyaw Anas got his ‘pound of flesh’ list.

In an interview with Net 2 TV Wednesday morning, the NPP MP indicated most of the details Anas has on his supposed victims were details he (Anas) took from the database of some of the banks they (victims) were saving for the future of their families.

“Anas will be jailed more than 10 times because he hacked into big banks both in Ghana and abroad to get the details of most of the people on his list,” he said.

He added, “It is serious for Anas to have collected data on all these people.”

Mr Agyapong revealed that the cousin of his wife happens to be a victim and until he exposes the real personality behind Anas’s vail, he will never rest.

“He picked information of people who are investing into the future of their kids…Anas walking is a criminal and his aim is to destroy genuine people in the country,” he noted.

Mr Agyapong further explained, “One of the victims (Gabby Asare Otchere-Darko) called me and when we met, he looked through the list and told me that the details are details of an investment for the future wellbeing of my kids which is US$1,000 per month which is being deducted every month by the bank. He targeted the person as far back as October 2013.”

He reiterated that another person claims he has both dollar and cedi accounts with a standing order from his banks unto it so monies go straight from his main accounts to these investment accounts, all for the future of his kids.

“What makes them criminal for Anas to go all out in destroying such notable people in society. What is their crime?” he quizzed.

Kennedy Agyapong mentioned some of the banks which the journalist has hacked into their databases to get the details of his (Anas) ‘pound of flesh’ list.

He then advised that the banks change their software just to prevent cybercriminal to penetrate it.

Mr Agyapong believes Anas is hailed for his selective justice of people he investigates and “until every Ghanaian understands the work of Anas, I’ll not stop”.

“I only dream of destroying Anas whenever I sleep these days and until I am done with him and his coffee shop mafia’s, I’ll never rest. I have time for him,” he stressed.