Senior Member of the Joshua Alabi campaign team Benjamin Essuman is warning delegates of the party not to vote for former President Mahama to lead the NDC again as in the unlikely event he wins, Mr Seth Terkper will come back as Finance Minister.

Mr Seth Terkper has been accused by NDC footsoldiers of being the one who stood between them and employment under the erstwhile government.

“Dear delegate, if you want Seth Tekper again as our Finance Minister to freeze employment and all, you know who to vote for.” The Alabi team member wrote.

His comment comes after it was confirmed that huge contract was indeed awarded to National Security Minister Bryan Acheampong by Seth Terkper and it was in the region of GHC120million.

Mr Alban Bagbin also expressed regret about the contract and said it was usual of Mahama to empower his opponents against his own people. 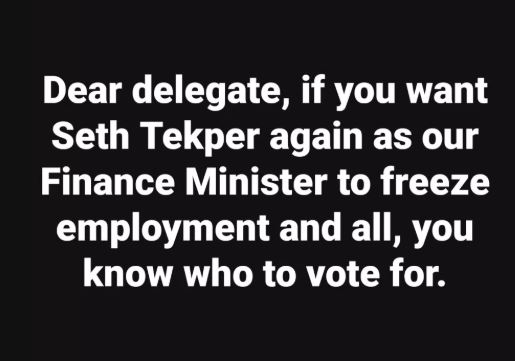 Ace Sports journalist, Kwabena Yeboah was reduced to tears on live TV before the Black …