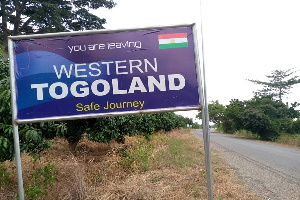 The Circuit Court in Accra presided over by Mr Emmanuel Marvin Essandoh has granted bail in a combined sum of GHc2.5 millions to 25 of the accused persons who have been charged in the western Togoland case.

The 25 accused persons have each been granted bail in the sum of GHc100,000 with two sureties each.

The sureties the court said should be public servants earning not less than GHc4000 per month and report to the police.

Four out of the 29 who appeared before the court today were also discharged after prosecution had amended it charge sheet.

They are on charges including treason felony.

In court on Tuesday, when the case was called, Assistant Superintendent of Police (ASP) Sylvester Asare amended the charge sheet with a new one where four of the accused persons were discharged.

It was the case of the prosecution that, the court does not have jurisdiction to take the plea of the accused persons and so should not grant them bail.

They argued further that, some if the caused persons have their wives and relatives depend on them for their shelter.

The lawyers said considering where they are coming from, our prayer this morning is for you to grant them bail. Some might be going through illnesses before the arrest was made.”