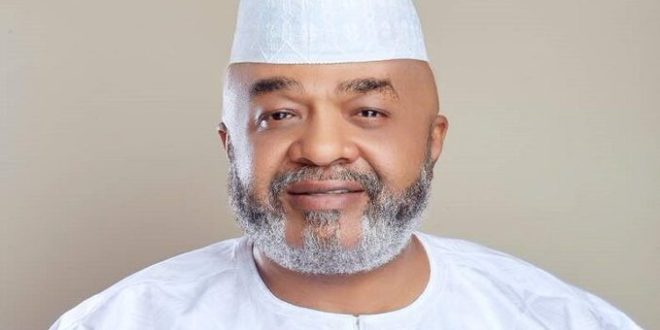 Share
The Vice President of Ghana, Dr. Muhammadu Bawumia, is being ridiculed on social media by the National Vice Chairman of the NDC, H. E. Alhaji Said Sinare.
The NDC’s Zongo President, H.E Ahaji Said Sinare in a tweet, tagged the vice president, who is the Chairman of the Economic Management Team of the country, to visit the official Facebook page of the International Monetary Fund (IMF) to read comments from angry Ghanaians that are suffering due to his mismanagement of the economy.
Ghana, one of West Africa’s largest economies, will hold formal talks with the International Monetary Fund (IMF) on a support package, the government has said, only days after thousands took to the streets to protest mounting hardship.
The cabinet gave its support for the decision at a meeting on Thursday following a phone conversation between President Nana Akufo-Addo and IMF Managing Director Kristalina Georgieva.
Until now, Ghana, the continent’s second-biggest gold producer, had refused to seek IMF support to rescue an economy crippled by what the vibrant National Vice Chairman, H.E. Alhaji Said Sinare, referred to as rampant mismanagement, high inflation, and a depreciating currency.
Dr. Bawumia, per the tweet from the outspoken NDC bigwigs, is being mocked because, as the head of Ghana’s economic management team, he should have resorted to his 170 questions he set for his predecessor, H.E Amissah Arthur, to perform some magic to bring back Ghana’s ailing economy.
Source: Japhet1 (Contributor)
Alhaji Sinare bawumia IMF 2022-07-04
admin
Share

Previous Abia 2023 elections: Group tasks INEC, APC on its rules, insists on Ogah’s candidancy
Next The Labour of our heros past shall never be in vain; Amobi Ogah is Obedient and so are many youths