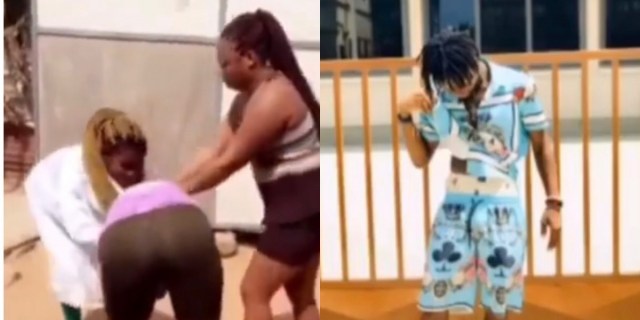 VIDEO+AUDIO: Two professional slay queens fight publicly over a ‘bleached’ boyfriend who ‘chopped’ both of them

Two professional slay queens almost killed themselves over a boyfriend who had bleached his skin after he ‘chopped’ both of them.

A video sighted by Celebrities Buzz had the two professionals exchanging serious punches with one in a comfortable lead.

According to the reports, both ladies have been sleeping with the guy for months without knowing.

They later found out after the lockdown and a fight ensued between them.

Later, one of the ladies sent a message to the guy involved attacking him and tagging him as a person who has bleached his skin.

The guy also fired back at her so harshly.