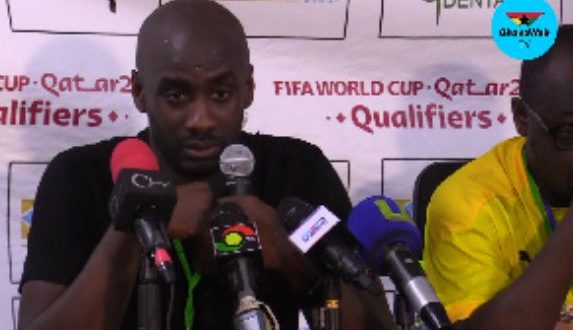 Nigeria coach optimistic his side will qualify

Black Stars coach Otto Addo expressed his disappointment in a journalist who questioned his secret tactics in the game against Nigeria in the 2022 World Cup playoffs.

According to the journalist, Otto Addo had promised to showcase his secret tactics for the Black Stars in the game against the Super Eagles.

But speaking at the post-match presser with the media, the interim Ghana coach expressed his fury at the journalist and questioned his understanding of football.

He added, “Did you know we were going to play with three [defenders]? If you know then the secret plan didn’t work well.”

The Black Stars played goalless in their game against the Super Eagles of Nigeria at the Baba Yara Stadium on March 25, 2022, in the World Cup playoffs.

The Black Stars are eyeing qualification to the World Cup in Qatar.