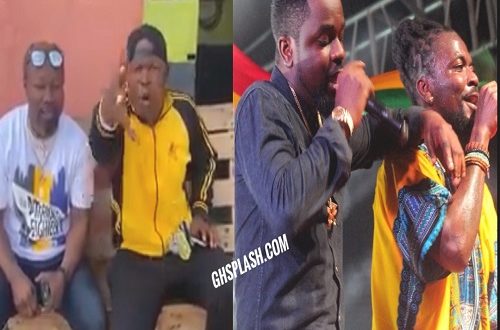 The two boxers joined forces to hurl insults at the two musicians for backing President Akufo-Addo for a 2nd term in office.

According to Bukom Banku, Sarkodie should know that Ghana is going backwards under Akufo-Addo.

He called him a fool, an animal and then insulted his mother ‘Wo Maame Tw3’.

Ayitey Powers also took care of Samini and took him to the cleaner for endorsing Akufo-Addo.