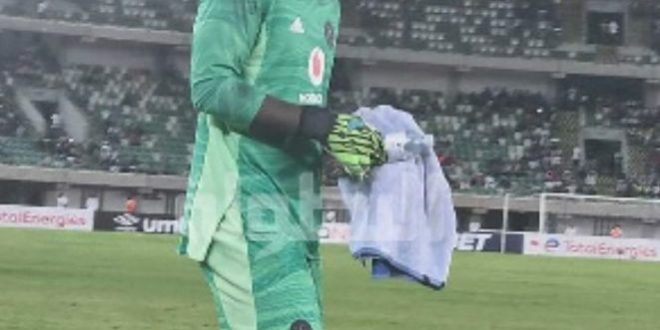 Black Stars goalkeeper, Richard Ofori, has been on the trend list of Ghana Twitter since Orlando Pirates’ defeat to RS Berkane in the CAF Confederations Cup final.

Ofori played full-throttle on the game that ended one-all after 120 minutes and had to be decided on penalties.

Before the penalties, Ofori pulled the famous Gabaski bottle trick with the favorite angles of the Berkane players indicated for him. Yet, he could not save any, guessing the right away once.

He was one of the five takes for Pirates and when he stepped up to take him, he scored with a rocket of a shot down the middle.

Pirates ended up losing 5-4 on penalties at the Godswill Akpabio International Stadium in Nigeria on Friday, May 20, 2022.

Ghanaian forward Kwame Peprah was in action as he lasted 60 minutes of the game.

Watch highlights of the penalty shootouts

Previous ‘Terminator’ of Mikel Obi: Profile of former Black Stars midfielder Anthony Annan
Next Michy home the same day I broke up with her – Apaatse