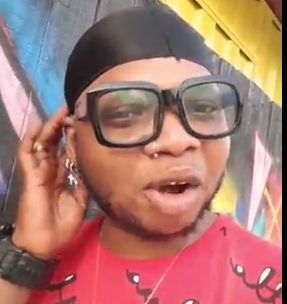 Emil Wood, popularly known as Tornado, has taken a swipe at Delay for exploiting him at a time they both worked together.

Tornado, who has been lambasting his nemesis, Afia Schwarzenegger, the whole time over issues relating to her father’s alleged GH¢200,000 worth funeral, diverted the focus to his former boss, Delay.

In a bid to resurrect his beef with the Delay show host, Tornado revisited claims that he wasn’t paid a dime for featuring in the popular Afia Schwarzenegger TV series sometime in 2011.

He, among other things, claimed that Delay exploited him during the 7-year period he worked for her.

Tornado made such statements after chancing upon a viral video where Delay was being hailed on social media for rhyming in some Twi jargons in one of her ‘killer’ intros.

Tornado immediately claimed ownership of all the ‘jargons’ Delay adopted in that particular intro.

“Deloris Frimpong Manso, AKA Delay. It looks like you are enjoying the back and forth and the feud happening between Afia Schwarzenegger and me. I saw a video of you shared by Zionfelix where you were speaking big big Twi parables and using my terms. The terms people are fascinated with and praising you for on social media. You stole all those jargons and terms from me. Deloris, I haven’t really meant you because you’re not as evil as Afia Schwarzenegger,” he said.

That’s not all the reasons Tornado however claimed drove he and Afia out of the camp of Delay’s ‘stiff-handedness.’

“Yours is wickedness. Because for the 6-7years period I have worked with you, you used me. I felt scammed and thoroughly used. Your stingy self never paid for my services because you always told me to my face that I need the fame and you need the money. This was the statement you told Afia Schwarzenegger that made her angry,” he added.

He however asked Delay to pay him some money so they settle their beef.

“At the moment I just need some money. Just pay me some money so I halt my beef with you,” he said.