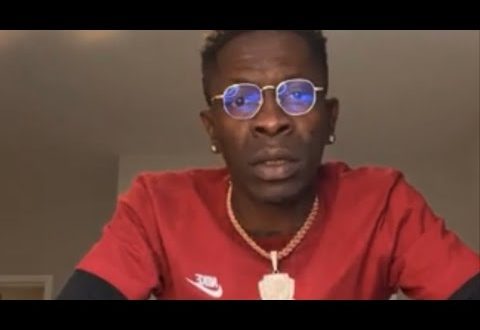 Shatta Wale chides critics for comparing him to Black Sherif

Basking in the euphoria of the latest feat in his career, some Ghanaians have asserted that Black Sherif is better than most of his senior colleagues, a claim, which has caused Shatta Wale to lash out on social media.

The rapper’s new hit single, ‘Kwaku the Traveler’, is reported to be the first Ghanaian song to emerge as number one on the ‘Top 100 Apple Music Chart’ in Nigeria.

Following this success, some Ghanaians have described the fast-rising Ghanaian singer as a trendsetter, adding that he has been able to achieve what the likes of Shatta Wale, Samini and others couldn’t.

Obviously unhappy about such observations, the dancehall artiste has warned that no artiste should be compared to him adding that he is in his own league.

To validate himself, the Shatta Movement boss pointed out that the turnout at his ‘Freedom Wave’ stadium concert in December 2021 for instance, proves that, regardless of what people think, he has a huge fanbase that appreciates his craft.

“I have been compared to so many artistes. I have suffered a lot of comparisons in the past and now you guys have started with Black Sherif. Black Sherif who recently arrived to the music scene? Why don’t you want to allow the boy also to make something out of his career? Since my career began, I have been compared to the likes of Samini and so on but how did it end? Didn’t you see my concert at the stadium? Did you see how my fans filled up the stadium? Which Ghanaian artiste has been able to do that? Until someone goes into hibernation for ten years, resurfaces and becomes successful like me, nobody is my make in the music industry.” He stated in a live video.

Meanwhile, countless Ghanaian celebrities including M.anifest, Hammer, Sarkodie, and King Promise among others have eulogized Black Sherif for his success.