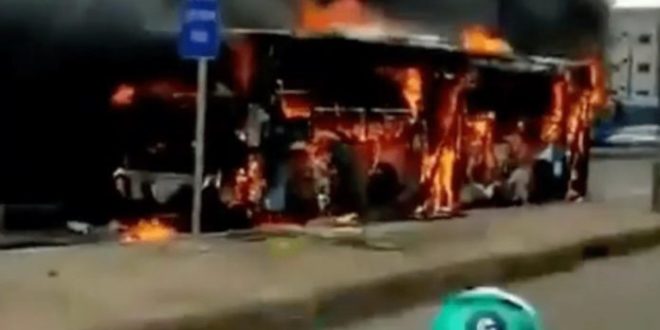 Passengers narrowly escaped death when the bus commuting them caught fire in the middle of the road at Ikorodu, Lagos.

According to reports, the National Emergency Management Agency (NEMA) on Monday stated the affected bus was deployed to rescue passengers from their initial bus which had developed mechanical faults.

“The bus was a rescue bus to assist in evacuating stranded passengers from a broken-down bus.

“The initial bus took off from Ikorodu but broke down at Owode which made the burnt bus to come to the aid of the passengers,” the Agency said.

NEMA added that all 45 passengers in the car were unharmed at the time of their rescue by the Police Disaster Management Unit and Fire Service.