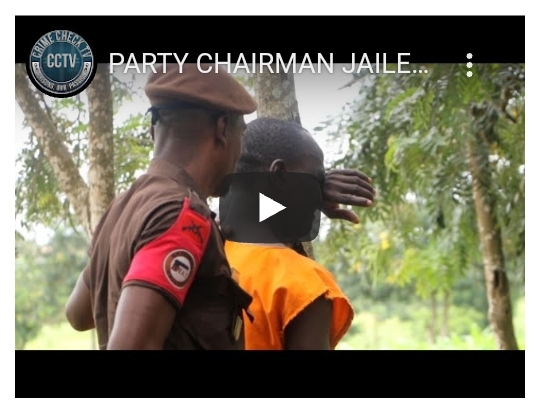 The Chairman of the New Patriotic Party (NPP) at Supom in the Atewa Constituency, Yaw Sam Nyamade has been jailed for twelve months for attempting to bribe the District Chief Executive (DCE) of the area, Paul Asamoah to allow some illegal miners to carry out their job without hindrance.

According to the 51-year-old farmer, he was asked to hand a contribution of Three Thousand Ghana cedis from some illegal miners in the area to the DCE who was on the neck of the miners confiscating their equipment to discourage them from their activities due to the threat it poses to the environment.

Mr. Nyamade claims that though he was also against illegal mining, his fear was that the ruling party was getting unpopular due to the actions of the DCE to stamp out unlawful activity.

“I applauded the DCE when I heard he had seized some equipment of the illegal miners. I even thought of contacting him to see how I can also support him,” he said.

He added, ‘One of the ‘galamseyers’ met me and complained to me about the DCE’s actions. The DCE had burnt their equipment so they were no longer working. He told me they thought of contributing some amount of money for the DCE to allow them to retrieve their equipment.’

Mr. Nyamade indicated that the ‘galamseyers’ subsequently gave him a contribution of Two Thousand Five Hundred Ghana cedis the miners had made to be given to the DCE.

“When I went to the DCE, he welcomed me warmly. I told him the reason I had come and he asked me to place the money on his table. After that he called the police to arrest me,” he wept.

Mr. Nyamade said he was arraigned before court the next day and was sentenced to twelve months in jail.

Mr. Nyamade who has served only three months of his sentence said his regret is that he has left his seven children behind including two-year-old twins without care.

“I am a widower and the only person taking care of the children. I do not know how they are faring now. My cocoa farm which is my source of income is also been destroyed,” he cried.

The Ambassador Extraordinaire of Ghana Prisons, Ibrahim Oppong Kwarteng advised the general public to take a cue from Nyamade’s story to desist from engaging in acts of bribery.