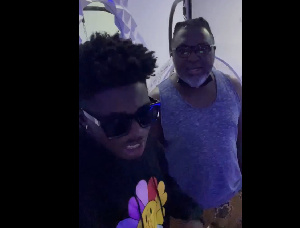 Legendary Ghanaian music producer and sound engineer, Edward Nana Poku Osei well known in the entertainment industry as Hammer, has announced a scheduled album to be added to his catalog.

Hammer who has over the years groomed several musicians and rappers including Sarkodie, Obrafuor and Edem recently shared a Facebook video in which reigning Vodafone Ghana Music Awards Artiste of the Year, Kuami Eugene was freestyling on a beat and showering Hammer with praises.

Followers of Hammer who seem to have missed being fed with works of the producer started averring that Kuami Eugene may have had the privilege of getting on a Hammer made beat.

Hammer, who has been overwhelmed by fans speculating about the video, has subsequently placed it in context and according to him, even though the beat is not made by him, it is part of an upcoming album of his.

Dubbed the “Enigma,” Hammer has disclosed that his upcoming album features a host of his favourite artistes such as Sarkodie, Kuami Eugene, Tee Phlow, and Edem.

Hammer further reveals that unlike his previous albums where he personally produced the beats, he has assumed a directing role in the production of his “Enigma” and has thus left the beat production in the hands of some young producers he has inspired over the years.

“So as much as the props felt great and all, I’d like to clarify that the song I posted earlier with Kuami Eugene in the studio etc was produced by a protege of mine Smokey Beats, and is actually part of my new album (Enigma) that I’m currently directing but being produced by some of the young producers I may have inspired over the years… it also features some of my favorite artists like Worlasi, Kuami himself, The Township, Joey b, Edem, Sark, Phlow, spicer dabz and many more.”

“Productions on the project will predominantly have my directorial input, only because the concept of the album is basically “Hammer’s preference of a playlist”. More sneak peaks will be available to u soon,” he wrote.

Watch video of Kuami Eugene and Hammer in the studio below:

Previous US and Nato start to formally withdraw troops from Afghanistan
Next Tension as Police shoot one person to death, three others sustain gunshot wounds 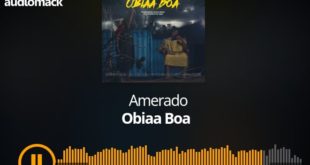 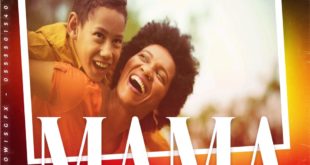 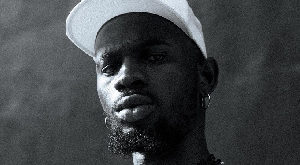 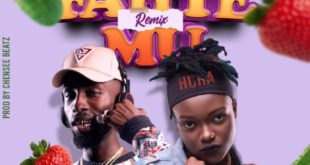 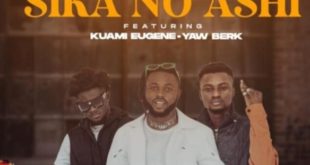