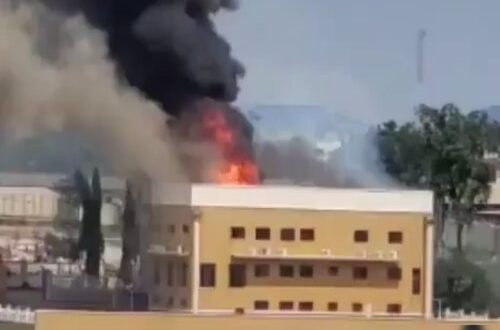 Share
Some angry mob on Wednesday, October 21 reportedly stormed the Lagos State Theatre in Oregun area in their numbers and set the building on fire.

According to witnesses, while interacting with them they tried to stop them but they were already determined.

Naija News reports that the Lekki Toll Gate massacre birthed the present chaos in Lagos State, despite the curfew imposed on the citizens by Governor Babajide Sanwo-Olu on Tuesday.