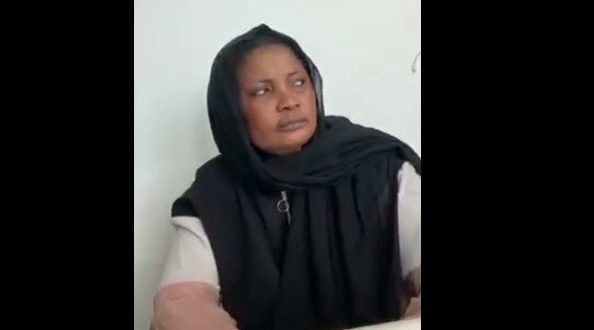 A story has been corroborated by several authentic sources about how Zuweira, an Accra-based makeup artiste who was pronounced dead at the Ridge Hospital on Thursday March 24, resurrected a few moments to her burial.

Narrating what happened, her aunt, Rabu said Zuweira was pronounced dead by doctors on Thursday and in line with Islamic customs, she was prepared for burial on Friday.

Cemetery authorities and all arrangements were made for her burial and prayers on Friday only for the doctors to call that she “resurrected”.

The doctors said as at the time they pronounced her dead, they were 100% certain there was no life in her and had made sure before informing the family.

Later on Friday, however, she came back to life to the shock of nurses who processed her for the Mortuary and doctors who handled her case.

The family had been preparing to get to the Mortuary and retrieve her body for burial before the news came to them.

“God of wonders. My Niece was announced dead yesterday. We were just waiting for the body to be buried. The arrangement has been made at the cemetery. Doctors just called and say she us up. What a wonderful God we serve. Am just in tears. We THANK you, God.” Her aunty, Rabi Dan Alpha Sharubutu wrote on Facebook.

The family is urging all and sundry to remember their daughter in prayer.