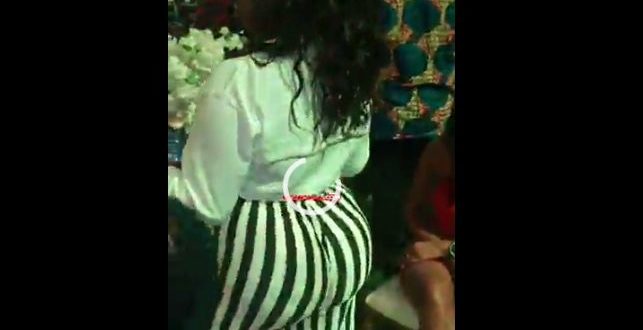 These stars made an appearance at A Plus’ birthday party

A Plus celebrates 45th birthday

A Plus holds plush birthday party at his residence

She was spotted in a white long-sleeved blouse, matched with a pair of black striped trousers, which revealed her curves.

In a video making rounds on the internet, Korkor deliberately stood in front of the camera while shaking her butt to Amakye Dede’s ‘Odo Dababi’ playing in the background.

This attracted the attention of fans who either admired her dance or described it as a mere attention-seeking stunt.

In the past local TV series, she played the role of Andy Dosty’s maid and Nana Tornado’s best friend.

The bubbly actress was noted for her wrong grammatical expressions, weird hand gestures and also identified with her huge butt.

She acted a few episodes until the programme was taken off air.