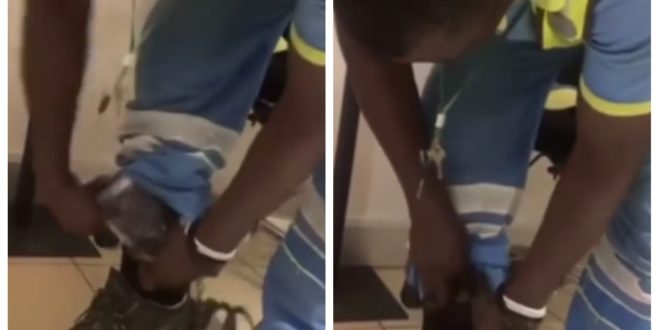 A Security man who is said to be working with Aviance Ghana Limited has been nabbed for stealing ten pieces of iPhone 8 phones.

In a video that has since gone viral, the Security man is seen removing the phones from different sides of his working gear to the shock of onlookers after his arrest.

After taking the phones which he had hid in his pocket, shoe and socks, a voice in the video is heard calling for a thorough search on him because he cannot be trusted.

Clearly, the man was going to sell the phones to get his Christmas money but luck eluded him in an attempt to outsmart his bosses.