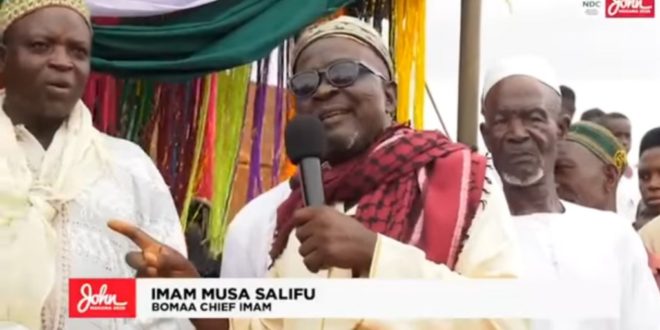 According to him, the promise in the NDC’s Manifesto was a plea the Imams Association made to the former President when he was soliciting the needs of the people in drafting the NDC’s manifesto.

The Imam noted that over the years, their dead bodies have not been treated right and therefore mortuaries in their communities will allow for their bodies to be given the needed respect before they are buried.

“We made the request for the mortuary because of how our bodies have been treated over the years so they added it to the manifesto. People who are ignorant about how we bury our dead should stop talking about things they do not know.” He lashed out at critics in a video sighted by MyNewsGh.com

Former President of Ghana has been heavily criticized for promising to build morgues for the Zongo Communities across the country.

The New Patriotic Party has said that unlike John Mahama who thinks building morgues are what the Zongo Communities need, they will improve access to education in order to eradicate poverty.