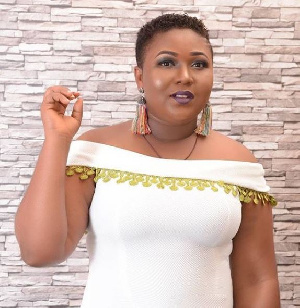 Outspoken Ghanaian actress, Xandy Kamel, has revealed that she has never had any intimate relationship with former President John Dramani Mahama.

According to the actress, she’s never dated the former first gentleman of the land.

The actress made this shocking revelation while debunking assertions of having a sexual affair with the flagbearer of NDC.

Appearing on the “Afro Joint”, Xandy Kamel recalled meeting the former president but denied having any secret relationship with him.

She told host Fiifi Pratt on Accra-based Kingdom Plus 101.9fm that; the former president is a decent gentleman and that people should put some respect on his name.

Xandy Kamel further indicated people should treat the said allegations against her with deaf ears.