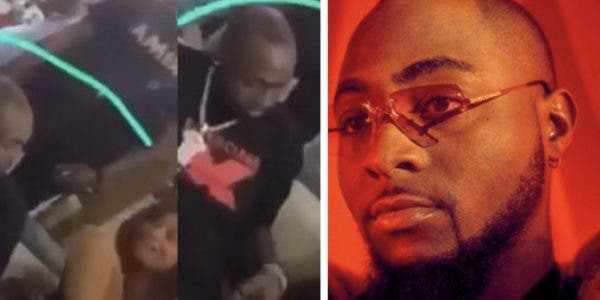 VIDEO: Davido Angrily Chases Out Two Lovers Making Out Beside Him

Davido has in a video making rounds on social media called out two lovers who were making love just right beside him to move away from where he was sitting.

From the video which is at the disposal of Mynewsghana.net, Davido could be seen in the midst of some close friends as they engaged in a conversation in a room when a couple started smooching each other prompting Davido to call them to order.

Davido’s mood changed after the body of a lady mistakenly touched him and later checked and found out that she was making out with a man.

From the video, Davido ‘angrily’ asked them to shift away from his side and the couple immediately moved away from him.